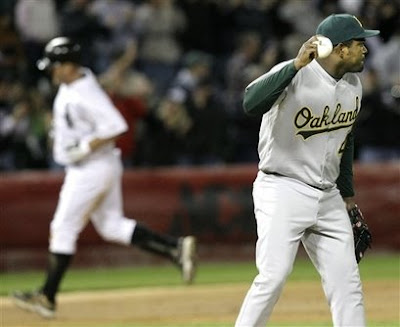 On Thursday May 28th, I said the A's HAD to fire Bob Geren... if for no other reason than to shake the team up.

Only a 9th inning homer by Adam Kennedy on Sunday (after the A's blew a 4-0 lead) prevented a 4 game sweep in Texas.

Now they are only better than the Nationals.
They are on pace for 99 losses. 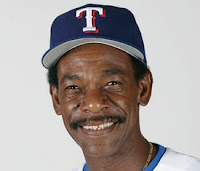 Meanwhile the Rangers are in first place with Ron Washington at the helm.

That being former A's third base coach Ron Washington.

That being former A's third base coach Ron Washington who was a candidate for the A's managing job in 2007 that instead went to Bob Geren.

It is now fascinating to think how bad the A's can fall...
And how TERRIBLE my prediction can wind up!