Why June is already better than April

In April, Jon Lester and Josh Beckett's ERA's were in the 5's and climbing and we were all wondering if they were going to be disasters.
In June they each took a no hitter deep into a game and both look like aces again. 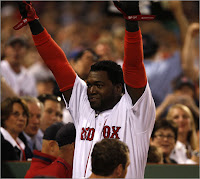 Big Papi was completely unproductive in April making us all wonder if he was finished.
He has a hit in each game he's played in June, has driven in at least one run each of the last three games he's played in and today hooked a cheap homer around the Pesky Pole.
(We'll take the cheap homers!!!)
And oh yeah... the Red Sox are in first place and have the best record in the American League. 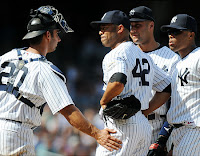 Thanks in part to another loss by Mariano Rivera.