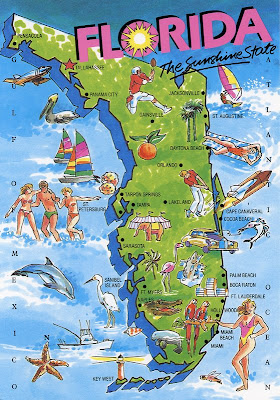 There are many reasons to move to Florida.
The sunshine... the affordable housing... the wonderful collection of loons that populate the state... easy to comprehend ballots...
But add to that list "Championship caliber sports" almost no matter what kind of sport you follow.
We Boston fans can be a little obnoxious in claiming this decade for ourselves in terms of sports titles.
Detroit fans can crow a lot with the Red Wings halfway to their third Stanley Cup this decade to go with an NBA Title for the Pistons and the 2006 AL Pennant for the Tigers.
But for the joy of rooting for a winner (a feeling that is delayed for 4 1/2 decades and counting in Cleveland) where can you find more winners and in more different categories than Florida this decade?
The Florida State Seminoles won the 2000 Sugar Bowl for the BCS Title
The University of Miami Hurricanes won the 2002 Rose Bowl for the BCS Title
The Tampa Bay Buccaneers won Super Bowl XXXVII in 2003.
The Florida Marlins won the 2003 World Series
The Tampa Bay Lightning won the 2004 Stanley Cup
The Miami Heat won the 2006 NBA Finals
The University of Florida Gators won the 2006 and 2007 Division 1 Basketball Title.
The University of Florida Gators won the 2007 and 2009 BCS Title

And some other highlights

The Florida State Seminoles played in the 2001 Orange Bowl for the BCS Title but lost
The University of Miami Hurricanes played in the 2003 Fiesta Bowl for the BCS Title but lost
The Tampa Bay Rays won the 2008 AL Pennant but lost the World Series to the Phillies.
And now the Orlando Magic has made it all the way to the NBA Finals.
Practically the only Florida team that HASN'T had a highlight has been the most famous Florida team, the Miami Dolphins.
(OK, fine... the Jacksonville Jaguars and the Florida Panthers haven't booked a parade route recently.)
I guess the best advice I can give to Cleveland fans is this...
Move to Florida!
Remember that 1997 World Series and 2009 Eastern Conference Final that put a bad taste in your mouth?
In Florida, those were HAPPY occasions!
Not convinced?
Here's winter in Cleveland. 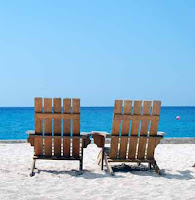 See the difference?
Come on. Book a flight.
Posted by Sully at 12:43 PM