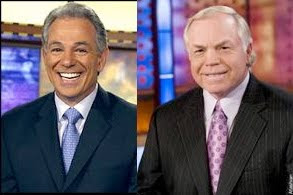 Bobby Valentine was rumored to be the new manager of the Marlins and supposedly Buck Showalter is hovering around Baltimore ready to wear the black and orange.

And yet Edwin Rodriguez is still in charge of the Marlins and Juan Samuel is helming the Orioles. And I think that is a good thing.

Not only do life long baseball men like Rodriguez and Samuel get to potentially finish up the season, but Bobby V and Buck, two of the most intriguing managerial candidates out there, could feast on one of the most robust and potentially rewarded managerial free agency off seasons in history.

Assuming that Joe Torre will join Bobby Cox, Cito Gaston and Lou Piniella in retirement (which he should) and Jerry Manuel won't be asked back to manage the Mets (which he probably won't) then there are jobs with lots of potential glory and obvious hazards out there for two managers who have worked in the bright spotlight, had success but looking for that ring. 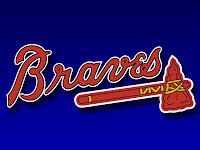 ATLANTA BRAVES
THE UPSIDE:
- The team looks like it is playoff bound, so you will be inheriting a winner.

- With McCann, Heyward, Hanson, Jurjenns and McLouth, you have a solid nucleus for a winner for years to come.

THE DOWNSIDE:
- The shadow of Bobby Cox will lurk over this team for a generation.

- 14 straight trips to the playoffs is a tough act to follow.

- If they win how much credit can you claim? It will be like Joe Altobelli winning in 1983 with a team Earl Weaver put together.

- Ted Turner no longer runs the team, so the days of spending big to win now are over.

- The fans don't care. They can't even sell out playoff games!


THE VERDICT:
Best leave Bobby Cox to pick his own successor. Between Terry Pendleton and Fredi Gonzalez there are a bunch of Cox's former lieutenants who can take over the job without making the organization feel like they are going in a totally new direction. 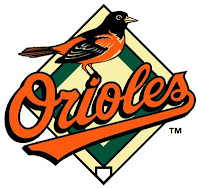 BALTIMORE ORIOLES
THE UPSIDE:
- The Orioles are a tradition rich organization with some of the best and most passionate fans in the game who are DROOLING for a winner.

- They won't be trying to move unless they get a "Camden Yards like stadium."

- Matt Weiters, Adam Jones and Brian Matusz are a nice trio to build a team around.

- The passion is high but the expectations aren't. This will be their 5th straight 90+ loss season. They haven't had a winner since 1997. Put a winner on the field and Camden Yard will be full of grateful fans.

THE DOWNSIDE:
- There's a reason they have gone more than a decade without a .500 team... the only teams in American Pro Sports with worse management are the Raiders and the Clippers.

- That Orioles winning tradition is harder to sell when the last Orioles championship took place before their young stars were born.

- The Orioles have been good and developing hyped prospects, not quality major leaguers.

- Oh that A.L. East... good luck spending with the Sox and the Yankees.

THE VERDICT:
A good gig if you want to look like a hero (a la Jim Leyland with the Tigers.) Better hope the Red Sox, Rays and Yankees get injured. Better yet, better hope Peter Angelos sells the team!

CHICAGO CUBS
THE UPSIDE:
- Hey you want to be a God to a fan base and be instantly considered a Hall of Famer? Then manage the Cubs to a World Series title.

- You don't need to worry about fan support nor revenues.

- Maybe the new ownership will open up the purse and do "Operation Red Sox - 2004" and get all that Billy Goat crap put to rest.

- With players like Castro and Soto, they have some young stars to build with.

THE DOWNSIDE:
- If winning a title for the Cubs is so easy, then why hasn't anyone done it since the days of Tinker to Evers to Chance?

- The Cubs lead the league in unmovable awful contracts. As long as Jim Hendry is buying the groceries, the Cubs won't be cooking up anything that tasty.

THE VERDICT:
It is the easiest route to immortality and having a major city treat you like a God. But the fan base is getting restless and the new ownership is a wild card. Also for whatever reason, Ryne Sandberg has been anointed the new Cubs manager savior... good luck with that. 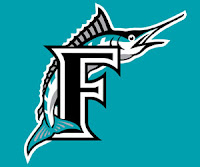 FLORIDA MARLINS
THE UPSIDE:
- The team has a tendency of winning a World Series every once in a while. Might as well win one on your watch.

- Living year round in Miami isn't that bad.

- No pressure. The fans will be so busy watching Wade and LeBron that they won't notice you until you are in the World Series.

- You could manage the team when the excitement of an actual BASEBALL stadium opening in Miami occurs in a few years. Maybe some fans will show up as well.

- If you can harness the potential of Hanley Ramirez, you could have a Hall of Famer on your hand.

- Joe Girardi and Fredi Gonzalez each led overachieving low budget teams to surprising records... and both were rewarded with being fired.

THE VERDICT:
Maybe the new stadium and new revenues will mean longer contracts for their players. Miami may be a cool place to live, but so far it is no baseball town. But if this is the last managerial stop, then why not? If you retire, you'll already be in Florida!

LOS ANGELES DODGERS
THE UPSIDE:
- A Chance to manage one of the marquee, big market, high profile organizations.

- They have a rich farm system that produces solid big leaguers at a steady rate.

- They also have a pitchers ballpark and play in a pitchers division, so it is about as attractive a destination for any quality free agent arm to land.

- They have a wonderfully rich tradition that treats its Champions with dignity.

THE DOWNSIDE:
- Mel Gibson's divorce was civil compared to the fiasco that is the McCourts.

- A championship window might be closing and shockingly it is not out of the question that the Dodgers might be dismantling the team soon.

- You know Joe Torre doesn't WANT to leave... but he also knows that managing a losing team isn't how he wants to end his legacy. Why should you take Joe's scraps.

THE VERDICT:
If the divorce settles and the Dodgers can act like one of the few big market, big budget teams that they are, then this is a job sent from heaven. But despite all the resources, talent and solid managers that have come and gone through L.A. recently, they still have startling turnover (nobody from the 2004 playoff roster was on the 2006 playoff roster and they had three different managers since the 2004 NL West title.) A good gig if you win. Lousy if the divorce drags on.

NEW YORK METS
THE UPSIDE:
-You win in New York and you are a God. And currently only one position is available in New York.

- The expectations aren't as high in Queens, but winning there might be more special because it has been so infrequent.

- You never have to worry about management cutting corners on free agents. They are as aggressive as any team not named the Yankees.

- National exposure and a passionate fan base would make any title even bigger.

- Both of you (Bobby and Buck) have unfinished business in New York.

THE DOWNSIDE:
- Both Buck and Bobby V managed in New York before. Are you two considered damaged goods?

- Omar Minaya is to the Mets what Jim Hendry is to the Cubs. Aggressive but wreckless with contracts and can put a loser on the field with a $100+ million payroll.

- Every move is broken down to the point where you have to answer to Joey from Sheepshead Bay calling in to WFAN when your bullpen move didn't work.

- No matter how big the Mets get, they are the poor stepchild of the Yankees.

THE VERDICT:
Untold glory and unspeakable headaches can come from being the skipper in New York. Joe Torre gave the Yankees 6 pennants and 4 World Series titles and that wasn't enough for some people. Make sure you can work well with Omar... just ask Willie Randolph how fun it was.

- It's also a passionate sports town and when the Blue Jays have something to offer, they show up in record numbers.

- With Marcum, Romero, Litsch and Drabek, they have a nice foundation of young pitching... which as we know is the cornerstone of any championship run.

- Expectations are low. Exceed them and be a hero.

THE DOWNSIDE:
- In case you didn't know, Toronto is in Canada. You try luring free agents across the border!

- Also in case you didn't know, Toronto is in the American League East. Unless you see the Red Sox, Yankees or Rays crumbling any time soon, you are more likely to see the EXPOS in the playoffs before the Blue Jays.

- Unless you really see Jose Bautista and John Buck being the cornerstones to a title team, this team is going to REALLY stink for a while.

- Toronto fans are passionate, yet don't you feel they'd give Joe Carter's home run back in a second for a Stanley Cup.

- People in America will put out a missing persons report for you.

THE VERDICT:
Let some young manager working their way up the ranks take over Toronto. This is no place for a skipper with some success under their wing... except for Cito Gaston.

If I were advising the two... I'd tell Bobby Valentine to take over the Dodgers. Eventually the divorce will die down and L.A. would eat up his larger than life style.

As for Showalter, I wouldn't touch the Orioles with a cattle prod. I'd go to the Mets, especially if Minaya is shown the door. Buck put together a winner in New York once before and he can do it again... and this time follow it all the way through.

Choose carefully, you two. You already have playoff experience and some aura about your dugout smarts in the bank. A World Series title on your resume... you might be talked about as a Cooperstown candidate.

And remember... all the smart baseball people read this blog and take my advice to heart.