Hey Mariners... how about waiting until Thursday to make a deal? 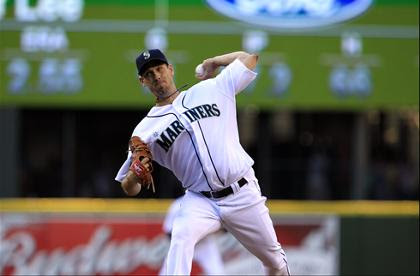 It appears that Cliff Lee might not be heading to the Yankees after all.
It is a shame because so many columnists and bloggers had their stories already written talking about how this means we NEED a salary cap and it isn't fair and blah blah blah.

I admit, I threw up in my mouth a little when I heard the Yankees were on the verge of getting him, but that had nothing to do with payroll. That had to do with me being unhappy when ANYTHING positive happens with the Yankees.

First of all, hold off on the deal until after the All Star Game.

Well first of all it means that Cliff Lee gets to face the Yankees (and hopefully beat them) tonight.

That's just strange. Have his regular season farewell to the Mariners be a win against the Yankees and the last time the baseball fans see him as a Mariner in Anaheim this week.

Yeah the season hasn't gone as GM Jack Zduriencik planned... but at least he'll be able to say "I acquired an All Star."