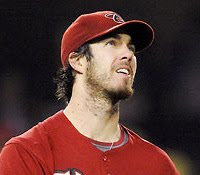 Yesterday's win against the Rangers not withstanding, the Angels are in trouble.

If EVERYTHING goes right today and they get a win against the Rangers, they will be just 2 games over .500 and 7 games back.

Their bullpen stinks, their lineup is inconsistent and the chances of their winning a 4th straight Division title, 5th in 6 years and make the playoffs for the 7th time in 9 years seems to be slipping away.

It has slipped so much so that the L.A. Times actually started kicking around the idea of the Angels dealing away veterans like Hideki Matsui and Bobby Abreu.

And they had the humiliation of having Derek Lee turn down a trade to Anaheim. (Why should he leave one underachieving team for another?)

Well if they are going to make a deal, why not trade Danny Haren?
Seriously, if they are waving the white flag, why not send off one of the prized chips in the trading deadline season?

All the teams that lost out on Cliff Lee or Roy Oswalt (or Dan Haren for that matter) could see Haren as a shot to win in October.

And if the Angels could trade him for a better bounty than Joe Saunders, Pat Corbin, Rafael Rodriguez and Tyler Skaggs, then they win out!

They didn't give up a legit prospects for Haren, so if they get a can't miss player and some other potential players, then guess what? They finish on the plus column.

And we will have the memories of Dan Haren's lone game as an Angel.

I guess it would be similar to Rasheed Wallace spending one day with the Hawks in 2004. Atlanta fans will always have those memories. 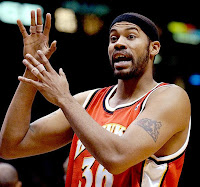