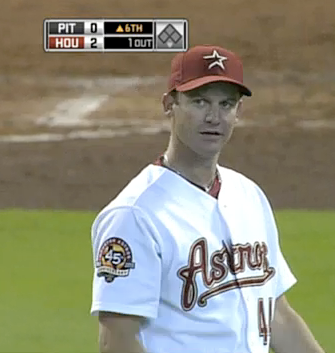 Seriously... I've been telling you for years to swing a deal for Roy Oswalt... how can his stock get any higher?
He just threw a freaking one hit complete game shutout.
Granted it was against the Pirates, but still. It counts.
Swing a deal.
If the offer for Cliff Lee from Minnesota is real, then he is Twin bound.
So Oswalt will be the best available pitcher on the trade market.
Maybe with the White Sox! They just lost Jake Peavy and they have a penchant for dealing away prospects.
Make that deal before Oswalt walks off the mound with a season ending injury a la Peavy.
But figure it out. 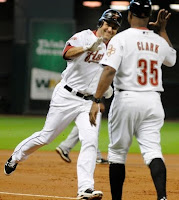 And maybe see if you can throw in Lance Berkman as well.
I mean when is his value going to get higher then when he smacks 2 homers out of the yard.
Pull that trigger Astros.
You get nothing by doing nothing.