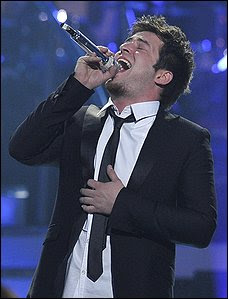 Seriously! Name your favorite Lee performance! The one that made you think MAN! I am looking at a star here!

You can't do it... because he NEVER HAD ONE!

I thought Kris Allen was bad last year, but he is Mick Jagger compared to this Lee Bozo. 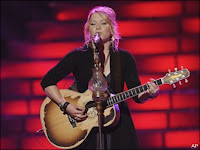 OK, Adam Lambert lost because... well... he was a gay guy and it still isn't OK to be a gay guy in America.

But what was everyone's problem with Crystal?

What she has tattoos?
She is a single mom?

It's a travesty. And we as Americans will miss out on seeing Crystal be an awkward pitch woman for Ford.

Is it the teenage girl factor? I doubt it. Is Lee even cute? 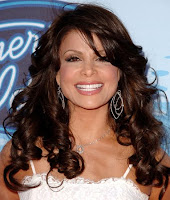 This year's American Idol season was a mess for one reason that was as clear as day this evening:

The lack of Paula.

I've been saying that all year to my friends who watch it. They say "it's not as good this year."

And since the auditions I've been saying "They are going to miss Paula."
Yeah, she's nuts and probably on something... but that was one of the things that made the show fun. Plus you needed her loving EVERYTHING to Simon's hating everything. That way when you watch the show and Paula didn't like it, you thought "Wow... they didn't even get HER vote."

She was smart. She got out first and lo and behold the show got on its waterskis and are heading for the ramp with that shark waiting for them on the season where she left.

Guess what? No Sully.

Don't believe me? Hey, I used to be an Apprentice addict... then they switched to celebrities and I haven't watched an episode of the show in 4 years.

OK folks, back to baseball, but not before we all take a look at the tortuous clip of the dull as ditchwater winner of American Idol warbling with Chicago.

ENJOY AMERICA! You broke it, you bought it!