Taking stock of the first 1/3 of the season 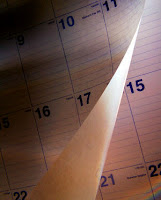 Memorial Day and the beginning of June take place roughly at the 1/3 mark of the baseball season.

There's still a lot of baseball to be played, but enough games are in the bank that we can start to analyze which teams look like contenders and which players are having really special years.

And we here at Sully Baseball are going to take a look at who the playoff teams are and who are the award winners with 2/3 of the season left to go.

There are some surprise playoff teams and at this writing some startling omissions. And the NL Rookie of the Year vote might change completely if Buster Posey and Stephen Strasburg have anything to say about it.

Let's see where we are.

NL Central Champion St. Louis Cardinals
Would have home field advantage over
NL East Champion Atlanta Braves
Cardinals would be the Division Champ on the basis of their head to head record with the Reds.

Philadelphia Phillies, Los Angeles Dodgers, San Francisco Giants and Colorado Rockies would all be 3 games or fewer out of a playoff spot.


NL MVP:
ALBERT PUJOLS, Cardinals
Have you noticed than even with his “slump” he’s 1st in homers, 3rd in OPS, 3rd in on base percentage, 5th in RBI, and 6th in hits? Plus he’s batting .310 in his “disappointing first 2 months.” He’s the MVP until someone proves otherwise.
In the running:
ANDRE ETHIER, Dodgers. JASON HEYWARD, Braves. JOEY VOTTO, Reds.

NL CY YOUNG:
UBALDO JIMENEZ, Rockies
In a season full of dominating ace performances, his 10-1 record with a 0.78 ERA and a 0.90 WHIP (and a no hitter thrown in for good measure) make Jimenez the winner at the 1/3 mark.
In the running:
ROY HALLADAY, Phillies. TIM LINCECUM, Giants. ADAM WAINWRIGHT, Cardinals.

NL ROOKIE OF THE YEAR:
JASON HEYWARD, Braves.
He’s all that he has been hyped up to be. Hits for power, for solid average and has a flair for the dramatic.
In the running:
MIKE LEAKE, Reds. IKE DAVIS, Mets. DAVID FREESE, Cardinals. JAIME GARCIA, Cardinals.

AL MANAGER OF THE YEAR:
JOE MADDON, Rays.
Guiding the young and talented Rays back to the top of the most brutal division in baseball and has the best record in the game.
In the running:
BOB GEREN, Athletics. RON WASHINGTON, Rangers. RON GARDENHIRE, Twins. CITO GASTON, Blue Jays. JOE GIRARDI, Yankees.

AL COMEBACK PLAYER OF THE YEAR:
VERNON WELLS, Blue Jays
Unwanted and untradeable a year ago, now has a .301 average, a .956 OPS, leads the league in doubles and has 13 homers, 2 shy of his total last year over 158 games!
In the running:
VLADIMIR GUERRERO, Rangers. ALEX RIOS, White Sox. TY WIGGINGTON, Orioles. ERVIN SANTANA, Angels.

NL COMEBACK PLAYER OF THE YEAR:
CARLOS SILVA, Cubs
Has given the Cubs a sparkling 7-0 record with a respectable 3.12 ERA… and the Cubs would have taken a can of Sprite for Milton Bradley!
In the running:
BARRY ZITO, Giants. TIM HUDSON, Braves. LIVAN HERNANDEZ, Nationals.

BIGGEST BUST IN THE AL:
JOSH BECKETT, Red Sox
Signs a 5 year contract extension and wins a single game and has an ERA of 7.29 before he lands on the DL.
In the running:
CHONE FIGGINS, Mariners. AARON HILL, Blue Jays. GRADY SIZEMORE, Indians. MILTON BRADLEY, Mariners


So in less than an hour it will be June in California (as it is already June on the East Coast.)

We'll take stock again at the All Star Break (the unofficial half way mark) and at Labor Day (the home stretch.)

It will be interesting to see if the Phillies, Red Sox, Dodgers and Angels are still on the outside looking in!