Some more uniform suggestions for the Nationals 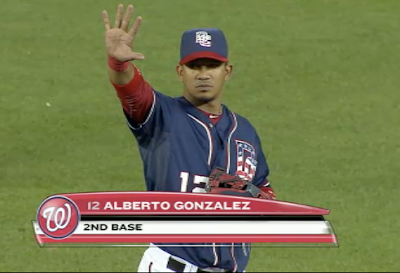 The Nationals didn't play a pretty game last night. They let the Mets jump ahead to a 10-1 lead and their comeback fell short as they lost 10-7.

But they LOOKED good playing ugly.

Color me a fan of the Blue Jerseys, DC caps with the American Flag inside the logo.

It is a cool looking design. It isn't overly traditional nor is it trying to connect with a past that the franchise doesn't have.

It's the kind of unique uniform that I wish the Astros would adopt instead of turning their back on their identity.

The one problem I have with the uniforms is I don't think they make good home threads.

It has a cool modern looking font. Isn't a ripoff of anyone else's uniforms.

Although, as I said before, they need to ditch the cursive W and stick with the DC hat. No need to remind fans about the Senators. If they were any good, they wouldn't have left town... TWICE. 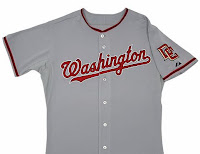 But look at these road uniforms!

No imagination went into these.

Wow... cursive with a flourish. Man, never seen a uniform like THAT before... unless you count I would guess 75% of all the uniforms in baseball!

Not to get all Civil War on their ass, but ditch the Gray and go with the Blue! 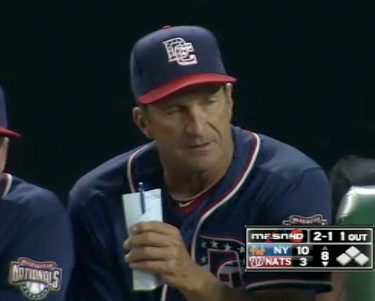 It has its own distinct look and that will go a long way for a team like the Nationals.

They are a new team and a new identity.

Plus, any nanosecond King Strasburg will be arriving and Bryce Harper will be in the Nation's capital not long after that.

They deserve uniforms fit for superstars.

And short of that, at least make sure when the Nats wear the blue unis, have the batting helmets match them.


Poor Willie Harris looks like he had to borrow a helmet from the other team. 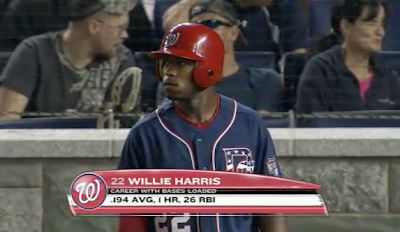