The Rangers and A's each impressed me tonight 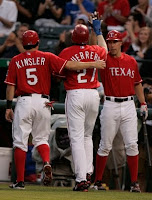 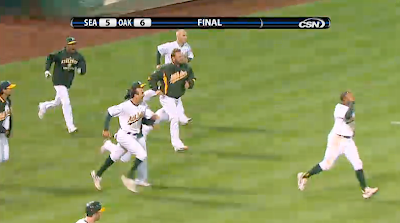 I have to say, I really thought the Angels were going to pound the Rangers... and instead it was Texas winning a pair of come from behind games against the Angels.

And while the Mariners aren't exactly the 1927 Yankees, the A's did what they needed to do including an extra inning win tonight and getting back to .500.

Only 2 games separate the two teams and the race is looking more and more like it is a three horse derby (the Mariners are sinking fast.)

Not sure what it will mean in the long run... but it is worth a tip of the cap tonight.