Interleague play begins today for the 14th consecutive season... and inevitably there are people who write the same tired crap about how interleague play has lost its luster.

It's now part of the summer... like cook outs on the 4th of July... someone will bitch and moan about Interleague Play. Jason Gay of the Wall Street Journal is the most recent one to offer nothing and vomits up the same tired arguments.


"And remember: this is Major League Baseball's most compelling interleague series. Who's fired up for Rockies vs. Royals action tonight in Kansas City? Or wants to tailgate with us in June, when the Yankees host that carnival of life-altering thrills that is the NL Central's basement-dwelling Houston Astros?"

Baseball is a long long season and the marathon analogy is apt. Everyone watches the beginning and end of the marathon, but few pay attention to the long middle part. People love opening day and the first match ups for big rivalries... and they love the September stretch.

But between Memorial Day and Labor Day there is a long period where only the lunatics like me are paying real close attention. So why not have a Cubs/White Sox match up or an A's/Giants game to break it up.

I ask you Jason Gay, will there be a lot of intrigue for an additional Mariners/Orioles series in July? 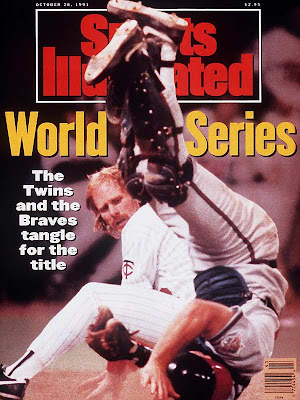 Yeah some of the Interleague Match Ups are duds... but isn't it worth the duds to see the Yankees come to Dodger Stadium this summer? Or a Phillies/Yankees World Series rematch? Or seeing Manny return to Fenway? Or the Twins and Braves to meet up and have a 1991 World Series reunion?

When I wrote about this in 2008, I pointed out that interleague play allowed for Ken Griffey Jr. to return to a standing ovation in Seattle... and the cellar dwelling Pirates and Orioles match up brought about a reunions from the 1971 and 1979 World Series.

Yeah, Jason Gay... we had better get rid of moments like THAT in the middle of the season. Instead of bringing back old stars to celebrate and having some possible strange reunions, we should go back to having the leagues stay separate and make the mid season matchups no different than the beginning and end of the season.

I know I've said all of this before. But guess what? As long as the anti Interleague Play lunatics keep writing the same garbage year in and year out, I will have the same response.

I am getting to work on my 2011 post on the same subject.