The Red Sox need to stare into the mirror... and consider a trade 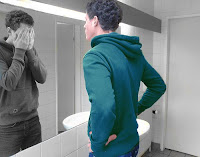 Bill Parcells had his famous line about football teams that said You are what your record says you are.

If that applies to the Red Sox, then it doesn't bode well.

They are a sub .500 team in mid May and 9 games out in the loss column from first place.

And in order to make up games against the Rays and the Yankees, they need to start winning head to head games.

They've played 11 games so far against the Rays and Yankees... and have won 2.

My friend Ed, who is a rabid Yankee fan, reminded me that the Yankees got off to a rancid start in 2005 and won the Division... and last year looked lost and were 0-8 against the Red Sox to start the season.

That's nice and it's always cool to have a Yankee fan try to cheer you up after a brutal loss... but a more apt year to take a look at is 2008.

The Yankees got off to a mediocre start and hovered around .500. Eventually they heated up and went on a huge winning streak that pulled them to within 3 games of first.

But here was the problem for them: They never got out of third place. There were TWO 90+ teams in the division. There was no way they were catching them both. 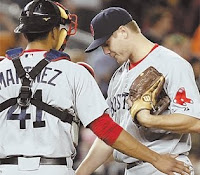 And that is the brutal honesty about the 2010 Boston Red Sox.

They aren't as good as the Yankees and Rays. The Yankees have more firepower and their aces are throwing the ball really well.

(Don't whine about payroll, Red Sox fans... the Sox are gluttonous as well.)

And the Rays are younger, faster and have a deeper pitching staff.

So here's the even more brutal question to ask:
Should they be thinking about 2011?

I said in my podcast last October that the Red Sox should have considered trading Josh Beckett. I said they got everything they could ever want out of Beckett and signing him to a long term deal would be risky... Why not try to get a piece (or two) for the long term success? A team might give up an outfielder or thirdbaseman for the future for Beckett coming off an All Star season.

Instead they signed up to an extension, and I don't think he will be an All Star in 4 years.
Even Josh knew this was the best contract he was ever going to get as he dropped his need for a 5th year after the Yankees roughed him up.

The Beckett extension was a mistake, but there are ways to make 2011 a great year for the Sox.
First of all, Ortiz, Varitek, Lowell and Wakefield are all probably not coming back... which means there will be $25 million off the books.

Now granted, some other players will get some raises... but there will be a chance to sign a big free agent or absorb another team's big contract. 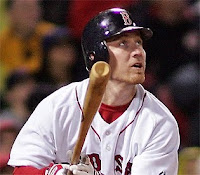 But I think they should make another trade now.

J. D. Drew is starting to heat up and might never have this type of value again... especially with his up and down nature and injury history.

AND there is a perfect suitor for the Sox:

The Giants need ANY offense and have some young pitching to spare. Maybe the Sox wouldn't be able to pry away a top prospect like Madison Bumgarner or Zack Wheeler... but a young arm to plug into the rotation or the bullpen while making the team younger, leaner and cheaper would go a long way to making 2011 look better.

Think I am giving up too soon?

Hey, I am just seeing what the mirror is reflecting back!