The countdown to the Milton Bradley meltdown is winding down 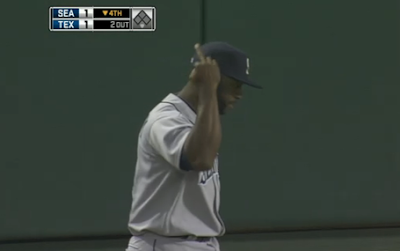 Before the calendar got to April 10th, he was already flipping off the fans in Oakland... a fan base that he's already alienated.


If I were Mariners GM Jack Zduriencik I would already be working out a press release for when he is placed on waivers, explaining what a good guy he is but after [INSERT DISRUPTIVE INCIDENT HERE] it was clear to both parties that it was time to move on.