The only good thing about April is it is ENDING 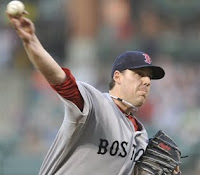 I had a blog post already written in my head...

Yet another bullet was dodged, thanks to a pair of homers by J.D. Drew, a decent game by John Lackey and a key walk by Darnell McDonald.

I was going to write about how the Red Sox, despite a slew of set backs including Beckett and Ortiz being miserable, Wakefield being demoted, Cameron and Ellsbury being hurt and losing 6 of 7 at home to the Yankees and Tampa, were ending April with a winning record.

Miguel Tejada had to homer and the O's had to win it in 10.
And I started thinking of Marco Scutaro swinging at ball four with the runners moving in the 5th... and the strike em out, throw em out double play turned a bases loaded 1 out inning into a goose egg.

This month stunk. The Red Sox are in 4th place with mediocre pitching, inconsistent hitting and an unhappy clubhouse.

And oh yeah, the Rays and the Yankees are both playing like possessed teams.

Turn the page and roll the Dice (K). It's a brand new month.
Sadly it IS time to update the tally.

DODGED A BULLET GAMES - 10
April 4 - 9-7 win against Yankees (On Opening Night, the Red Sox overcome a 5-1 Yankee lead with a game tying HR by Pedroia and a go ahead passed ball.)
April 10 - 8-3 win against Kansas City (Beckett out pitches Zack Greinke and nearly gets decapitated by a line drive.)
April 14 - 6-3 win in Minnesota. (Okajima gets Morneau to pop up with the bases loaded in the 7th and Papelbon wiggled out of a 9th inning jam.)
April 20 - 7-6 win against Texas. (Darnell McDonald introduces himself to Boston with an 8th inning game tying homer and a walk off hit in the 9th.)
April 21 - 8-7 win against Texas. (The Red Sox were down 4-0 early only to win it on Youk's 2 out 11th inning double.)
April 23 - 4-3 win against Baltimore. (The Sox blow a 3-0 lead but win it on Adrian Beltre's bases loaded walk.)
April 24 - 7-6 win against Baltimore. (The Red Sox score 6 in the 7th and hold off a late Baltimore comeback attempt.)
April 26 - 13-12 win at Toronto. (The Sox blow an early 5-0 lead but hang on for dear life in a slugfest.)
April 27 - 2-1 win at Toronto. (Buchholz holds the Jays down for 8 but it takes a bases loaded walk in the 8th to go ahead.)
April 28 - 2-0 win at Toronto. (Daniel Bard wiggles out of trouble in the 8th to help Lester shut down the Blue Jays and finish the sweep.)
TEETH GRINDER GAMES - 7

Let's home these April Showers will indeed bring May Flowers