Wait! The Padres have won 8 in a row? REALLY? 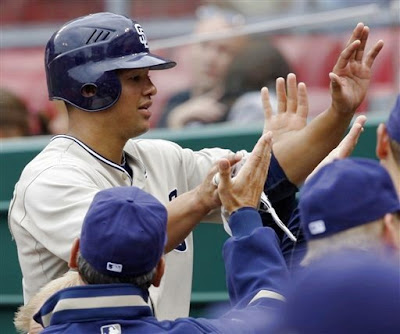 I literally had no idea until I checked Yahoo Sports and saw that they won #8 today against Cincinnati.

I knew they won a few games recently, mainly because they beat the Giants in some heart breakers. One of them resulted in an e mail from my dad that had the subject headline "I'm going to kill myself."

But I had no idea they ran off more than a week of wins.

The Padres? One of only 4 teams I gave no shot to in my season preview?

Now of course the Padres could very easily rattle off 8 losses in a row as well.

Chances are I'll miss that too!