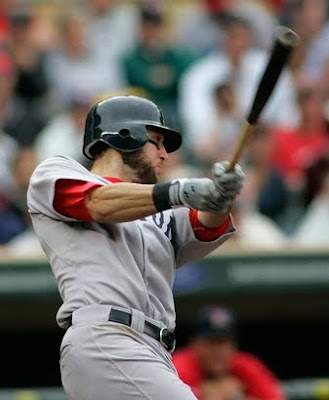 Admit it, Sox fans... when Okajima faced Justin Morneau with the bases loaded in the 7th and the Twins down by only 1, you thought Morneau was going to get a hold of one.

You saw the scenario in your head... walk Mauer and Morneau makes them pay.

And you can also admit when Papelbon walked 2 and put the tying run at the plate you thought "Oh man, he's going to cough it up, isn't he?"

Well both Okajima and Papelbon wiggled out of it and put some early season flops behind them.

It was an ugly win, but Jeremy Hermedia came through again... and I'll take it. Bullet dodged. Another one in the W column.

DODGED A BULLET GAMES - 3
April 4 - 9-7 win against Yankees (On Opening Night, the Red Sox overcome a 5-1 Yankee lead with a game tying HR by Pedroia and a go ahead passed ball.)
April 10 - 8-3 win against Kansas City (Beckett out pitches Zack Greinke and nearly gets decapitated by a line drive.)
April 14 - 6-3 win in Minnesota. (Okajima gets Morneau to pop up with the bases loaded in the 7th and Papelbon wiggled out of a 9th inning jam.)
TEETH GRINDER GAMES - 3

Wakefield in the rubber match today.
Let's hope he can inch closer to the all time Red Sox win record.