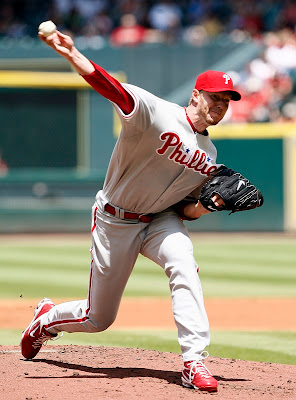 Yesterday C. C. Sabathia was throwing a no hitter into the 8th inning before he finally let up a hit to Kelly Shoppach.

Joe Girardi revealed later that no matter what, Shoppach was going to be Sabathia's last batter. He had already thrown 111 pitches.

The hell?
The guy could throw a no hitter and suddenly he's on a pitch count?

The reasoning was it was early in the season... they don't want him to wear down... and they are thinking about October.

Meanwhile Roy Halladay went out and threw a complete game victory.
Do you know how many pitches Halladay threw?

And once again, as far as I know, there was no priest on call to deliver his last rites.

Halladay isn't built like Sabathia, but nobody seemed concerned about him wearing down.
And I think it is safe to say the Phillies have their eye on October as well.

I guess Halladay is super human.
Last year I openly wondered if he was a freak of nature or if the pitch count phenomenon is a tad nuts.

Well all of these innings are taking their toll.
I mean he looks like he is on his way to his 6th top 5 Cy Young finish and today he got win #150... making him halfway to the big number.

I wonder what his secret is.
We should ask his father, Jor-El. 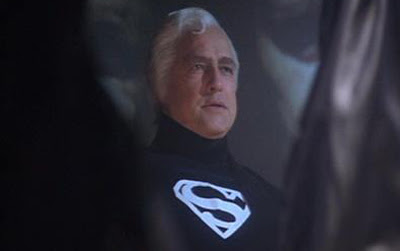