The Official Sully Baseball Picks of 2010

Today is a day of new life… hope… and where millions of people rejoice, show their faith and spread the good word that they will find an eternal happiness.

April 4… THE START OF THE BASEBALL SEASON.

(I believe there is also a religious holiday today. I am not sure. I will Google that and see what I can find out.)

All teams are 0-0. And by the end of the night, every single team in baseball will be ahead of either the Yankees or Red Sox in the loss column. SAVOR THAT, SMALL MARKET TEAMS!

And while everyone assumes that the big market bullies will be playing in October, you only have to go back to 2008 and see the Tampa Bay Rays… the team with the lowest AL Payroll… made the World Series while the Yankees and the Tigers, who had the biggest AL Payrolls, played golf.

Almost the entire National League has a legitimate shot at the post season (sorry Mets, Pirates, Nats and Padre fans… you don’t.) And even the buried AL teams have young talent and hope for one of the top teams to falter.

It’s time to make my picks… they aren’t always pretty or right… but I make them anyway.

So here we go! 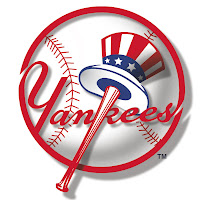 I don’t trust Javier Vasquez in New York, the Joba Chamberlain situation is getting absurd and who knows how many more years Jorge Posada has left in the tank. All that being said, the defending Champs remain the team to beat until another team proves otherwise. They have big bats, big arms and as long as they have the lead in the 9th, Mariano Rivera will make sure they can put it in the W column.

The Red Sox have solid pitching and will probably win 90-94 games even with a less than stellar offensive attack. Meanwhile the Rays have so much young talent that it is literally sickening. The Orioles are slowly putting something together and might pull off a winning season. If the Blue Jays avoid 100 losses I will be stunned. 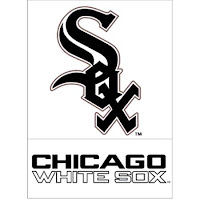 The Twins losing Joe Nathan will hurt, but I was leaning towards Chicago before the injury. Having Peavy for the whole year will help make their rotation super deep. And Ozzie will make sure his team plays his brand of baseball… slightly insane.

The Twins will compete all year and have the weather wreak havoc on their schedule early and late in the season. The Tigers will be good but not have enough to go to October. The Indians are a year or so away from being very good. The Royals will flounder and oh yeah… Alex Gordon still won’t be a star.

I was leaning towards the Mariners until the last few weeks. Then I heard the words “Cliff Lee” and “Injury” in the same sentence. And I also heard “Milton Bradley” and “Clean up hitter” used in another sentence. I just can’t pick the Rangers because their pitching will wilt in summer. And I won’t pick the A’s because they burned me last year.

Besides, I predicted the Angels would fall short each of the last two seasons… and I was wrong each time. I won’t be fooled again.. Mike Scosicia is the best manager in the game. He’ll find a way to squeeze out 88 wins with this team.

Essentially the Red Sox, Yankees and Rays will fight for two spots. You can do all the analysis in the world and it boils down to one factor: Who will get the most out of their rotation.

If the Yankees get 30 some odd starts from Sabathia, Burnett, Pettite, Vazquez and Hughes, then they will be October bound. If not, they will be playing golf.

If the Red Sox get 30 some odd starts from Beckett, Lester, Lackey, Buchholz and some combination of Dice-K and Wakefield, then they will be October bound. If not… FORE!

If the Rays young rotation of Garza, Shields, Price, Davis and Niemann blossom, they will return to the dance. If not, then it’s all over in Tampa.

If they ALL get 30 starts from their rotation, then this will be the best 3 team in 2 spot races since the advent of the Wild Card.

The rest of the AL will watch. There’s no team in the Central nor West that will contend for the Wild Card in October.

Yeah the Phillies bullpen is a mess and their starting pitching depth is suspect with Cole Hamels being a total mystery and Joe Blanton being hurt. Do you know what? Last year they had starting pitching depth issues and their closer was Brad Lidge who had the ugliest year for a closer I have ever seen… and they got to Game 6 of the World Series. They will sort everything out by October and be the team to beat again.

The Marlins have some of my favorite young players and with the middle infield of Uggla and Ramirez in tact for at least one more season, I think they will make a run for the division title. The Braves will have the super star of the decade in Jason Heyward. Lock him up now! Heyward’s star will be Bobby Cox’s farewell gift to the game. The Nationals are a mess, but at least they will be a young mess with some hope for the future. The Mets will be a fascinating disaster. But the Nats and the Mets will lose 100 games… but the Mets will be more depressing.

I like the top of Milwaukee’s rotation with Gallardo and Wolf, and I think having Doug Davis in the #3 spot isn’t bad either. The lineup led by Fielder and Braun is solid and I think things will click for the Brew Crew.

Sure the Cardinals have the 1-2 punch in the rotation with Carpenter and Wainwright and the 1-2 punch in the lineup with Pujols and Holliday. They can’t afford a single injury and they kind of over achieved last year. I drank the Kool Aid with the Reds last year, but I still think they have so much young talent that they will bust out sooner or later. With all due respect to my boss, Bonnie Hunt (a huge Cubs fan), the Cubbies will be a mess this year. Too many old players and too many holes. They aren’t the Mets in terms of being a disaster, but that’s not much of a compliment. The Astros, like the Mets and Cubs, are too old and should blow the team up and start again. The Quadruple A team in Pittsburgh will continue to develop major league ready players for other organizations.

If only the McCourts could get along… or at least be civil. The Dodgers would be a World Series contender. Instead they will fall far short this year. Seriously, the Dodgers should be a dominant force in the NL West, not a team that non tenders quality players like Randy Wolf and Orlando Hudson.

Instead the Rockies will hit behind Troy Tulowitzki and pitch the ball especially if Jeff Francis recovers and Ubaldo Jiminez continues to become an ace.

If only the Giants could hit. Tim Lincecum would be a 20 game winner and there might be playoff games played at McCovey Cove. A few years ago the Diamondbacks looked like they would be annual contenders. Now they are lurking in the grass as a potential surprise contender. The Padres will probably join the Nationals, Mets and Pirates as 100 game losers.

Only San Diego, the Mets, Washington and the Pirates are out of this race. And I bet come late August there will be about 8 teams with a realistic shot at the Wild Card. Either the Cardinals or the Brewers (depending on who is in first place) will be knocking on this door. The Braves have pitching and Heyward electrifying the offense. The Reds have lively bats and maybe Chapman will emerge as a stud in mid season. The Giants can pitch. The Diamondbacks can hit. The Dodgers still have talent if not any payroll flexibility.

But in the end, the combination of Josh Johnson and Ricky Nolasco in the rotation and some explosive bats will put the Marlins right back in the post season, where they remain the only franchise in baseball history to NEVER lose a post season series.

He’s put together two solid All Star seasons. This year, at age 24, his game will be taken to a new level.

He will have a big payday in a few years and leading Milwaukee to the playoffs for the second time in three years will make it even bigger.

But will King Felix’s crowning be enough for the Mariners to overtake the Angels?

This pick could bite me in the ass… but I am drinking the Marlins Kool Aid this year.

For about half a season Brett Wallace was the hope of the future for the A’s offense… until they dealt Wallace for Taylor. I think in the end they made the right choice and the Matt Holliday rental will all be worth it in the end because it ultimately yielded Taylor.

Alvarez is already the biggest star on the Pirates and he has played as many games in the big leagues as me! El Toro will be their stand out and All Star selection… and in 5 years will be dealt for a minor leaguer who won’t amount to anything.

Yeah he’ll Twitter too much, but if he leads the White Sox to the playoffs for the third time in six seasons with a very different squad from the 2005 champs, then he will earn this hardware.

The Brewers have some of the pieces but not everything to win big this year. But some fancy shuffling from Macha could be enough to get them back into the dance… and win him some hardware.

The win loss total will be ugly, but not as ugly as the locker room if he loses the respect of the players again. It was a good idea to bring Cito back in 2008, but it might be time to hang them up again.

The Rangers couldn’t fire him for using cocaine and still employ Josh Hamilton. But they COULD fire him if the Rangers fall out of contention.

Like it is HIS fault! This will be a mercy firing.

Lou might resign. It’s not happening. His best shot was 2008. If he won it all in 2008 he’d be a God in Chicago. Instead he won fewer post season games as a Cubs manager than Don Zimmer.

How is this guy still cashing paychecks?

Again, it isn’t his fault but he didn’t exactly resemble John McGraw the one year he actually had a good team.

WHEN WILL THE MARINERS GIVE UP ON MILTON BRADLEY AND RELEASE HIM?

June 28th. An off day for the Mariners after a series in Milwaukee. The Mariners will finally give up on Bradley just before they visit New York.