When the 2010 schedule was published showing the season beginning and ending with Red Sox and Yankee series, it sure felt exciting, didn't it?

Perhaps there would be a great showdown for the AL East... maybe playoff positioning?

When the Red Sox were hovering around contention the 6 head to head meetings over the final 10 games sure looked inviting.

The Red Sox are all but done... the tragic number is 4. They are playing out the string and getting ready to play golf this October.

The Yankees are cruising to another October appearance and trying to right their pitching staff while jockeying for position with the Rays and Twins.

So why should Red Sox fans even watch this series?
There are some reasons... 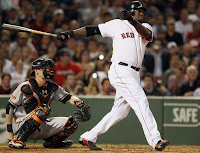 1. WIN THE SERIES AND THE RED SOX HOLD OFF ELIMINATION

Yeah elimination will be inevitable... but if it can be held off until Monday, then as a point of pride we can say "We weren't eliminated until the last week of the season."

With all the injuries on the team, that's a nice (if misleading) thing to say.

It's clear by the way Joe Girardi is managing that he is simply trying to make the post season without worrying about the Division... sure he would LIKE to win the Division but he'd RATHER have a healthy pitching staff. So the Yankees clinching a playoff spot seems to be the goal.

They'll get there, but it doesn't have to be on OUR watch.

Can Jon Lester get to 20 wins? If he does will he be a Cy Young Candidate? (Sabathia's 20 wins seem to be his only qualification over Felix Hernandez but he is talked about as the front runner.)

Seriously, with all the injuries and strife on this team to finish with 90 wins would be a real accomplishment.

They need to win 6 games out of their last 10 to pull that off. That would give Francona six 90 win seasons out of seven years in Boston. Not bad. 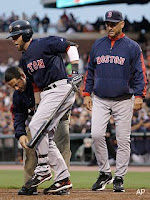 5. MAYBE SOMEONE ELSE WILL GET HURT

That would make 90 wins even MORE impressive. 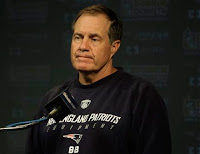 6. IT WILL TAKE YOUR MIND OFF OF THE PATRIOTS/JETS LOSS

Perhaps seeing a New England team beat a New York team will take the sting out of it.

7. YOU'LL GET TO SEE THE RED SOX SEE THE SUBTLE STEINBRENNER MEMORIAL

Then again they can probably see it from Fenway Park. 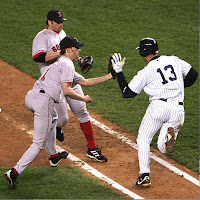 Those are always fun to see.

Granted they will also show clips of Bucky Dent, Aaron Boone etc... but those don't hurt as much since '04 and '07.

Plus it is always interesting to see how they can spin the rivalry since the whole Bambino thing is over.

9. NO MATTER WHAT THE STANDINGS ARE, IT IS ALWAYS FUN TO SEE THE YANKEES LOSE

It isn't nice to admit that, but it is true.

Admit it Sox fans... when you saw that the Yankees were getting killed last night, you checked in... hoping to see Joba and Vazquez get slapped around. Seeing the seed of doubt creep into Yankee land, especially on the dawn of the playoffs, is a beautiful thing. Why not see the Sox contribute to that? 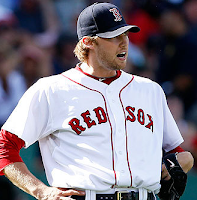 10. YOU WILL SEE THE BEGINNING OF THE GREATEST END OF THE SEASON COLLAPSE IN YANKEE HISTORY AND THE RED SOX STORM INTO THE PLAYOFFS

Hey... how is that any less likely than the Red Sox coming back from a 3-0 series hole, trailing in the 9th facing Mariano Rivera?

I bet you thought we were dead then too!

The come back starts NOW!

So have fun, and remember Sox fans who make the trip, you will be in THEIR home. Play nicely.

Besides, Red Sox fans and Yankee fans should be friends.

So play ball! Go Sox and make us proud in what is left of this season.
(And let's hope Joba gets an appearance or two.)