HOORAY! WE GET TO PLAY THE DODGERS AGAIN! 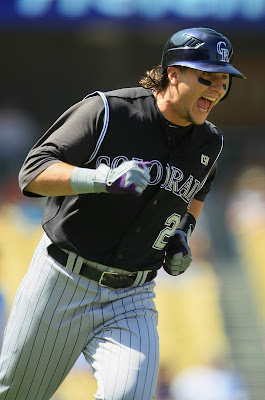 Laugh it up, Rockies. You are playing the Dodgers... a team that can't even be bothered to turn on "Auto Pilot."

They aren't phoning or mailing it in. Heck they aren't even Tweeting it in.
The Dodgers are playing the intensity of a cashier at Burger King right now and it wouldn't surprise me if Joe Torre just skedaddles to Hawaii and lets Don Mattingly get a head on his managerial career.

Either way, if the Giants (or Padres for that matter) think they are getting any help from Los Angeles, take a look at today's pathetic excuse for a ballgame.

The team is already sucking down Pina Coladas. And I don't mean in their mind. I am convinced they are drinking them during the game... on the field.