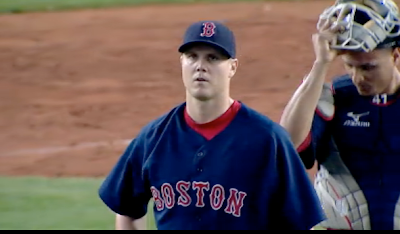 When I wrote my piece about why we should even watch this Red Sox/Yankees series, I forgot one other factor... The Red Sox could pass the Rangers in the standings. For some reason I think I will feel better about our 2010 season if they won 90 games and had a better record than one of the AL Playoff games.

Now of course tonight's game was WAYYY more suspenseful than it had any reason to be... but that doesn't matter.

10-1? 10-8? Doesn't matter. All that matters is the Red Sox number is bigger than the Yankees number. So yeah, I thought Cano was going to hit a game tying homer...

And Pettitte was dreadful and the Yankees are no longer in first place.

YOU ARE WELCOME, TAMPA BAY.

Not many more times to update the tally.

And hey... they are technically still alive!