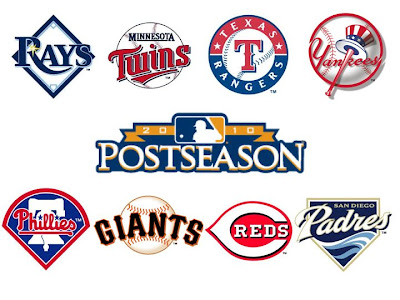 Things are shuffling around on the deck of the SS Playoffs... teams are being added and others dropped and playoff match ups are being mixed up.

Frankly I wouldn't mind this exact playoff set up in the National League to be the final one. And the top of the American League has three teams with identical win totals and 1 game separating the three in the loss column.

The Padres are back in it while the Braves picked a bad time to drop 4 straight. And Colorado has dropped 4, making them as close to a non factor as you can have (even with games against the Dodgers coming up.)

The Phillies and Rangers can clinch tomorrow... but the NL West and Wild Card remain murky.