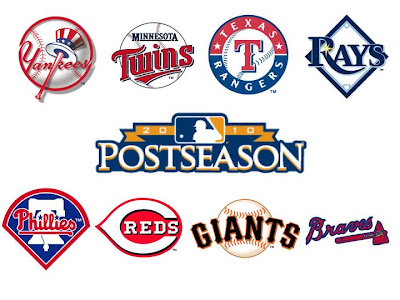 Everyone was back playing and despite some exciting games... no changes.
Except of course the Twins ARE in... they are the Central Champs. And with a 7 game lead over Texas with 11 to play, they have all but clinched home field in the Division Series.

The Yankees are padding their lead, the Rangers have let the A's and Angels pick up 3 games on them and the Rays don't have to worry about the Red Sox who evidently are already making plane reservations.

Meanwhile the Phillies won again meaning not only are they a step closer to a 4th straight Division Title but it pushed the Braves closer to the Padres... who are playing the brain dead Dodgers.

Let's see what the match ups are.

The Rockies picked a bad time for 2 losses in a row. Meanwhile the Braves, Giants and Padres are all tied in the loss column. This is just going to get better.