Who else is blogging about the Royals now? 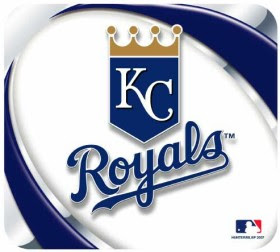 The Royals scored 6 runs before the White Sox even came to bat on Sunday's game.
The result? THEY were blown out, losing 12-6.

It's been that kind of a year for the Royals.
They aren't the worst team in baseball. That would be the Pirates.

They aren't the worst team in the American League. That would be the Mariners and the Orioles.

They aren't even the worst team in the AL Central. Right now the Indians are worse.

In fact there are 5 teams in baseball presently worse than KC.

And yet I can think of no team worse off than them.

Seriously, what is the direction of this team?
They were supposedly built around Zack Greinke, Billy Butler, Joakim Soria and Alex Gordon... and that plan isn't working.

Oh, they got a Cy Young out of Greinke... All Star appearances out of Soria and Butler is a decent player.

But Gordon has been a bust (so much for the next George Brett) and the rest of the team is filled with guys who seem like prospects until you realize they've been prospects for years and are now on the wrong side of 25 with the word "potential" still dancing over their heads.

The Yuniesky Betancourts, Mitch Maiers, David DeJesus', Wilson Betemits, Chris Getzs, Josh Fields', Gregor Blancos, Kyle Davies', Bryan Bullingtons, Robinson Tejadas, Brian Bannisters, Luke Hochevars, Phillip Humbers and Jesse Chavez's of the world all seem like young prospects until you realize that they are all past 25 years old and might be in that world of "maybe we overrated them."

The Pirates may be the worst team in baseball, but with McCutchen, Milledge, Alvarez and Tabata, they may have a core to a solid line up.

Baltimore is the worst team in baseball, but with Adam Jones, Brian Matusz and Matt Weiters, they have players in the big leagues to build around and so far they have been playing winning ball under Buck Showalter.

There's nobody on the Royals now to build around... and Greinke is already making noise about wanting out.

It wasn't supposed to be this way. Dayton Moore was supposed to come in and turn the Royals around. He learned under John Schuerholz while at the Braves... who turned a decrepit franchise into a model of consistency.

John Schuerholz of course learned the art of being a GM while being with the Royals in the 1980s. So basically his protege was coming back to Kansas City.

It was going to be the circle of life.
He arrived at the end of the 2006 season.

There was no big spender in the AL Central and he had a clean slate to build a team.

Four full seasons and nothing to show for it.

Is there even hope?

Well sure...
2007 #2 overall pick Mike Moustakas has been hitting the hell out of the ball in AA and AAA.

Left hander Mike Montgomery is having a good year at AA as is first baseman Eric Hosmer.

Left handers Danny Duffy, Chris Dwyer and John Lamb are shooting up the system
Will Myers is an excellent catching prospect.

With Billy Butler in line for a big raise and Greinke already grumbling, he needs to flip those two players into 4 good young players.

The only way the Royals can turn things around is if they draft well and bite the bullet by trading players when they are at peak value.

Tampa realized that they weren't going to get what they were expecting with former first pick overall, Delmon Young, so they flipped him for Jason Bartlett and Matt Garza.

Those players came in just as an influx of young talent matured at the big league level and BANG! The Rays leap frogged the two behemouths of the league and went to the World Series.

Get two good players for each... don't worry so much about quantity as quality and they'll be ready when Moustakas, Montgomery et al are ready.

Save for the fun 2003 season, it's been a while since the Royals have been relevant. If they don't screw those trades up and get ready to insert a veteran into the rotation and the DH slot in 2012, they could make a run for the AL Central crown.

Now Royals fans, don't ever say I don't write about you.