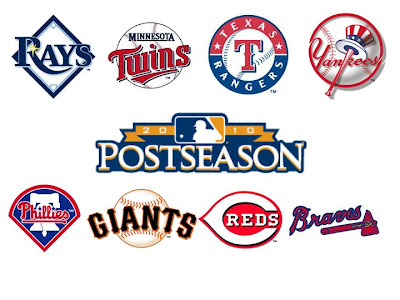 September is over after today... teams that are still alive tomorrow can officially say they were in it into October. But how far?

Time is running out on San Diego and despite a slew of injuries the Braves just might limp across the finish line. The Giants have all but clinched a better record than the Reds (2 games up with 4 to play is hard enough to make up for Cincinnati... but San Francisco has the tie breaker as well.) Now all the Giants have to do is CLINCH!

The AL East crown might largely depend on how much the Red Sox care about winning. I for one hope the Red Sox make it to 90 wins... and they have to win tomorrow in Chicago and then win the series against the Yankees... and that would all but torpedo the Yankee's Divisional Hopes.

No change but at least the Twins won and are getting some of their starters back. Lest we forget, the Twins are only one game back of Tampa for the best record in the American League (man what bad timing for that 4 game losing streak.)

Giants and Padres play day games tomorrow... it could be down to the wire.