Hey! I still have a job! 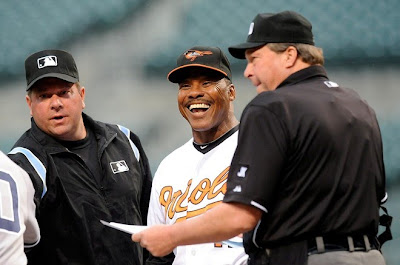 I can't blame Juan Samuel for his team's 1-4 record.
It's not like he inherited Palmer/McNally/Ceullar for a team.

And they had a lead at one point tonight.

And currently the Orioles are on a pace for a 44-118 record.
The .271 winning percentage would be the third worst since the schedule was expanded to 162 games.

Any minute another manager will take over this squad (Bobby Valentine?) It would be nice to give Juan Samuel plural wins.

It won't happen at THIS pace!