I guess the "Human Element" isn't so important in hockey 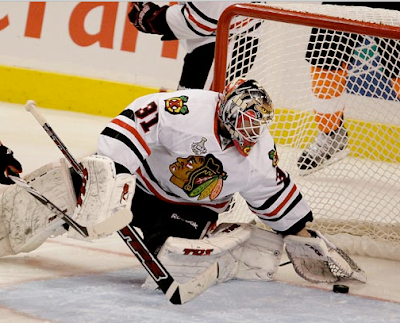 Did you see what happened in the Stanley Cup Final game last night?

In the overtime period in Philadelphia, Simon Gagne of the Flyers slapped a shot that looked like it was a game winner.

Everyone was celebrating and no doubt some dude threw up on a little girl.

But what did the officials do? They checked the tape! They made sure it was right!
They weren't going to award a Stanley Cup Final victory to a team based on the human element.

They found out it WASN'T a goal and play resumed.

Now the Flyers won it later and made it a moot point, but just think about that for a second. Without instant replay a team could have won a Stanley Cup Final game they didn't deserve. The difference between a 2-1 hole and a 3-0 hole in a best of seven series is enormous. (Don't tell the Bruins that.)

The call was right. There is no "But the Flyers didn't REALLY win it" caveat.

Remind me why we can't have that kind of certainty again? Not just because of Jim Joyce's epic bed wetting last night, but also last seasons' grotesquely umpired post season.

Heck the Tigers could have made the playoffs with the right call!