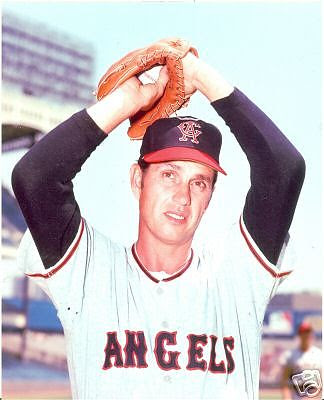 I’ve read a bunch of lists of greatest reliever of all time on line and they usually have the same list of characters. Obviously Rivera, Fingers, Gossage, Eckersley and Sutter would all be up there in whatever order the writer sees fit.

Others would include Hoffman and Lee Smith.
Some others bring up Billy Wagner and Robb Nen.

I think Dan Quisenberry should always get more love.

One even had the gall to bring up Armando Benitez!!

But one name that doesn’t always come up is Hoyt Wilhelm. Oh he shows up on some and usually as a token toss to the past, but man oh man he should be a no brainer in the conversation with the Riveras, Fingers and Eckersleys.

HE WAS AN AWESOME RELIEF ACE BEFORE THEY WERE IN FASHION

Take a look at the All Time Saves leaders.

Almost every single one of them pitched from the mid 1980s on. Has the quality of relievers just skyrocketed recently? No, but people's understanding of the value of a reliever has.

Scroll down and the first name you'll see of someone who did the bulk of their pitching BEFORE 1970 is Wilhelm as he set the save record with 227.

Sure there were the occasional Jim Konstantys or Clem Labines in the 50s and 60s, but for the most part when Wilhelm broke in the mind set was "if you were good, you started and if not, you'll be DEMOTED to the bullpen." Or relievers were guys like Gerry Staley who were solid starters looking to prolong their career.

Not Wilhelm. He broke in as a reliever and came out guns blazing. He won the ERA title completely in relief (and pitched enough innings to qualify!) He went 15-3 with 11 saves and pitched in more games than anyone in the National League. He wasn't extending his career in the pen. He was making his mark in baseball. 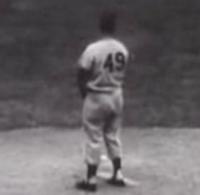 HE WAS THE RELIEF ACE FOR A WORLD SERIES WINNER

I know I am a stickler for this, especially in my evaluation of Trevor Hoffman, but a great reliever has to come up big for big winners.

Here's Wilhelm pitching in the 1954 World Series where, along with Marv Grissom, had one of the best 1-2 punches from the bullpen of the decade. Wilhelm came in and pitched the Giants out of an 8th ining jam in Game 3 for the save and gave the Giants a 3-0 series lead.

He walked the walk in the big game. 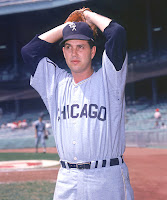 HIS ROLE AS A RELIEVER? ANYTHING THEY WOULD ASK

He would enter some games in the 6th and finish them. He would come into the game in the 7th sometimes and the 8th in another. He would pitch 2/3 of an inning in one game and throw 3 1/3 the next. He would pitch both games of a double header and then throw the next day.

And that's not even mentioning his 10 INNINGS of 2 hit relief on August 6th 1959. Try trotting Rivera out for 10 innings in one night.

HE WALKED THE WALK AS A STARTER... BUT STAYED IN THE PEN

After bouncing around between the Giants, Cardinals and Indians, he landed in Baltimore in 1958. There he was put into the starting rotation and made 43 of his 52 career starts (compared to 1,018 relief appearances.)

He proved himself more than capable in the rotation. He made the 1959 All Star team, again led the league in ERA and in 1958 threw a no hitter against the mighty Yankees.

Harold Friend wrote about the no hitter in this article.

No Joba rules for Hoyt!

Despite his success in the rotation, he was back in the pen by 1961 when he was named to his third of five total All Star appearances.

(That was also the year of his infamous one batter relief appearance to prevent Roger Maris from hitting homer #60. What were the Orioles supposed to do? LET HIM hit the homer?)

HE WAS A KNUCKLEBALLING RELIEVER!

I always wondered why there weren't more knuckleballing relievers. Doesn't it seem like a natural thing to do? Hitters rhythm would be screwed up, timing would be off and the reliever can come in back to back games.

Granted it would be ideal to bring them in at the top of the innings and not with a runner on third where a passed ball would tie things up.

But I think there should be more knuckleball relievers... and Wilhelm showed how to do it!

OK, maybe not forever, but for a damn long time!

He broke in with the Giants just a year after the 1951 playoff miracle. His teammates included a young Willie Mays and veterans like Sal Maglie. By the time he finished in 1972, his Dodger teammates included Ron Cey, Davey Lopes and Bill Buckner.

That's quite a bridge.

And he played for Hall of Fame managers Leo Durocher, Al Lopez and Walter Alston.

And speaking of the Hall of Fame...

HE OPENED THE HALL OF FAME FOR RELIEVERS

Before Fingers, Sutter, Goose and Eck made it into the Hall, Wilhelm paved the way.

It took 8 ballots, but he was elected to Cooperstown in 1985 along with Lou Brock and Veteran Committee inductees Enos Slaughter and Arky Vaughan.

I'm sure there was a lot of hemming and hawing and a lot of voters who would blather on about "we can't elect a specialist to the Hall of Fame." But eventually reason won out.

There will be other relievers elected but Wilhelm will be the first.

He put wonderful numbers over his 21 seasons in the bigs and thankfully was living when he was elected in.

Was the greatest reliever of all time?
I'm not sure.

But I do know he belongs in the conversation.