Strasburg makes a run at Rookie of the Year 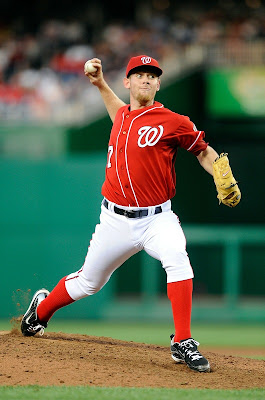 I've written a bunch about the NL Cy Young race this year. And while at this point Ubaldo Jimenez has the lead, if he stumbles, the likes of Adam Wainwright, Roy Halladay, Tim Lincecum, Chris Carpenter, Johan Santana, Josh Johnson, Matt Cain, Mike Pelfrey and Barry Zito all look like they'll put up numbers that could have WON the Cy a few years ago.

The National League is filled with ace pitchers and they are also showing a great crop of rookie stars as well.

The NL Rookie of the Year race was already crowded.

Jason Heyward, Mike Leake, Ike Davis, David Freese and Jamie Garcia have all made big contributions to their contending teams.

And recently promoted Buster Posey and Mike Stanton both look like impact bats.

Now granted he has faced the Pirates, Indians and White Sox... so he hasn't exactly faced the best teams yet.

But what if he keeps this up?

He might not only win the Rookie of the Year, but he might be mentioned in the Cy Young race as well. 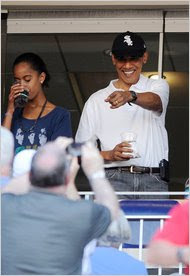 How good is Strasburg so far?

Obama had to go see him last night... even with all stuff going on in the world... and who can blame him?

Oh I am sure someone will.