Who the hell is Daniel Nava? 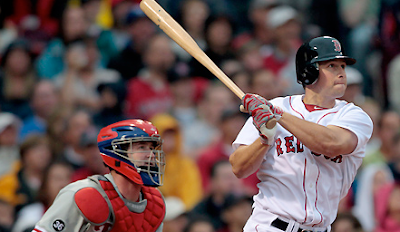 I have never heard of Daniel Nava. And I assume if you are not a member of the Nava family that YOU haven't heard of him either.

One thing I can bet is the Phillies didn't have a scouting report on him either... as the former independent league hitter and a guy from Redwood City who evidently was a skeleton in high school hit a grand slam on the first pitch he saw.

Between Darnell McDonald and Daniel Nava, the Red Sox have gotten some wonderful contributions from guys that I am convinced never heard of themselves!