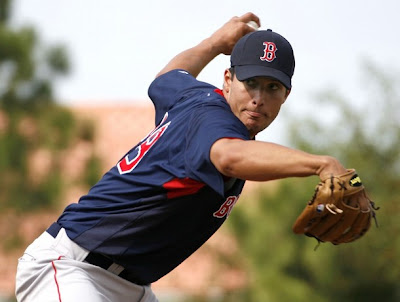 Javier Lopez is left handed. That seems to be the only qualification for him being on a major league roster.
He has pitched over 7 seasons, has a World Series ring and has earned a couple of million dollars... all because he throws with his left hand.
He doesn't throw STRIKES with his left hand. Anyone who saw his horrific inning last night can attest that he wasn't NEAR the strike zone.
So here are some left handers that I would rather see come out of the bullpen for the Red Sox.

1. RICARDO RINCON
The 11 year veteran couldn't find a job in the off season. How could he POSSIBLY be worse than Lopez?
He pitched for the Mexican Team in the moronic World Baseball Classic... so you know he is either ready to pitch or ready to have his arm amputated.

2. KENT MERCKER
The 18 year veteran is supposedly retired.
But seriously, who could turn down a few more hundred thousand dollars in this economy?

3. BILL LEE
Yeah, I'd rather see the Spaceman... NOW!
He's still playing. Who knows, maybe his time in Cuba will be helpful.
He's be a good quote, it would make up for the Stan Papi trade and give me a chance to plug Spaceman - A Baseball Odyssey again! 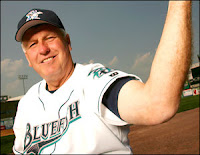 4. TOMMY JOHN
Hey, he's already had the surgery!
Plus, can you believe he never won a World Series ring?
Get your repaired arm the hell out of Bridgeport and get up to Fenway!

5. STEVE CARLTON
If we need a lefty, why not Lefty?
Besides, remember how he got passed around from organization to organization at the end of his career? He clearly didn't want to leave the game.
Now's he's been a Hall of Famer for 15 years. But that also means today's hitters haven't seen him.
I bet he can throw a strike or two... which will be a strike or two more than Lopez!
OK, let's think outside of the box. 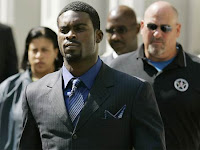 6. MICHAEL VICK
Hey! He's left handed, is a solid athlete and he is available!
Plus he has that killer instinct that you need as a left handed specialist.

When you are a reliever, it is sometimes more important to be lucky than be the best.
And Ringo, a lefty was certainly luckier than Pete Best!
Give him a shot. At least you'll get a cheeky quote.
Besides, we know he can perform in a baseball stadium. We all saw the Shea Stadium clips 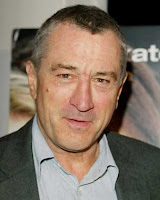 8. ROBERT DeNIRO
The left handed two time Oscar winner is known for completely losing himself in a role.
Well maybe he can do enough research to transform himself into a reliable lefty reliever.
Just don't study from Javier Lopez. 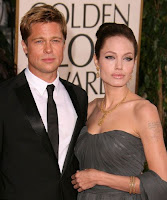 9. BRAD PITT AND ANGELINA JOLIE
Both are left handed...
I'm not sure either can throw a strike, but I KNOW Javier Lopez can't.
Besides, maybe a hitter will swing and miss on purpose and try to meet them afterwards.
They might not be good pitchers. But you could never call one of their blown saves "ugly!"

10. BILL CLINTON
The former President, another lefty, has time on his hand and the wife is away most of the time.
And a left handed pitcher should be a guy who knows how to get out of a sticky situation.
And I can't POSSIBLY apologize enough to the human race for that horrible joke.
Be honest... would you rather see Javier Lopez over those lefties?
Didn't think so