Wine... Cheese... Small talk... all while a classic Red Sox game is going on! 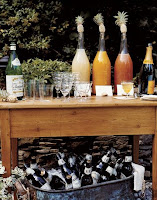 As I mentioned earlier, I was at a dinner party tonight for the wonderful pre school my kids attend.

The evening couldn't have been nicer. The wine was flowing. The house was lovely. There were lovely works of art being raffled off. Wonderful caring teachers there wanting to really get to know us parents.

The dinner was lovely and the mood was a sense of joy that our children can all take part in a warm environment.

All the while I was wandering around like Gollum searching for the ring.

My 2005 Samsung cell phone uploads internet info about 1 page every 15 minutes and I had poor reception as it was.

I found out that it was 4-2 in the 8th. Somewhere in my mind I conceded the game.

I then sat down and had a lovely conversation with the parents of my two boys' best friend.

Then I saw a guy walk in with a Red Sox uniform on. I reacted as if I were a castaway spotting a ship.

"Do you know what's happening in the game?" I asked him.

"Which game?" He replied.

I was now mistrusting him. "You a Sox fan?" I asked the man wearing a Red Sox uniform and cap.

"Oh no." He said. "I'm an Angels fan. I was coaching a little league team called the Red Sox."

Unlike me, he had a cell phone that was made after Hurricane Katrina. He checked the score for me. It was 4-4 in the 9th. 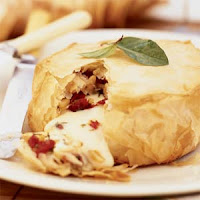 Now I had no idea that Jason Bay cracked a two out, two run bottom of the 9th homer off of Mariano Rivera. All I knew is they somehow tied it...

And I also knew that a classic Red Sox - Yankees game was going on while I was scarfing down brie.

I sat back down with my amazingly patient wife and continued talking.

Suddenly there was official business. New officers for the school board needed to be voted upon and awards needed to be handed out.

I got the game on my miserable little phone. The Yankees had second and third with two outs in the 10th. Papelbon had a full count on Teixeira.

And it stayed full for the next 15 minutes.

The page wouldn't refresh. A new President and Treasurer for my kids school was being voted upon. For all I know an embezzler could have been elected in the role of overseeing the money.

My wife saw I was basically turning into Crispin Glover when she asked the father we were sitting next to if HE had a device that was more up to date than my phone.

I stared at it... Youk versus Marte... one swing could end it. It was slow refreshing. I gave the phone back.

There was another vote. For all I know it was a vote to bring live tarantulas into the class room.

The Angels fan dressed as a Red Sox player came up behind me.

I stood up and gave a little fist pump.

Then I sat back down with a huge grin on my face. My wife smiled too. She doesn't care about baseball... but she likes to see her husband happy. She's funny that way.

There was a motion introduced that was approved. I have no idea what it was for. Perhaps to give each child a loaded hand gun and a vile of cocaine. It needed seconding.

I yelled out "I SECOND IT!"

The head of the school looked confused that a new voice was heard. "Who was the seconder?"

I said with pride "PAUL SULLIVAN!" and then finished my quiche like a man.

If I was going to miss a classic Red Sox / Yankees game, I at least wanted to be in the minutes!