And things even out... 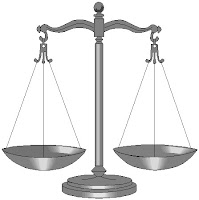 Remember how Tuesday night was the first "I'm pissed off" game of the year? It was the first game where the Red Sox lost that I felt they had no business losing... and they gift wrapped it to the other team.

Well tonight's win against the Orioles was the first "We got away with one!" game of the year.

The Red Sox had NO BUSINESS winning tonight.

They were down 7-0 after two innings. That's a night when you start thinking about which poor schmuck reliever is going to pitch three or four innings and absorb the blow. 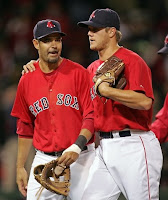 That didn't cross my mind.

Nor should it have.
Not with Penny as awful as he was. Not with Javier Lopez having another "afraid of the strikezone" performance.
But every ball seemed to hit off of an Oriole glove. Every batter seemed to have a 2-1 count.
They started referring to the Mother's Day Massacre... which is always nice.
And the Sox stole a win... and maybe they can build a little momentum especially after the Wakefield win.
The win was ugly, yet not as ugly as the sock hats and red tops they wore.
But in the end three things are true:
1. There will be games the team has no business losing that they will lose.
2. There will be games that the team has no business winning that they will win.
3. As long as there are fewer of the first ones and more of the second ones, the record will even out and the Red Sox will be fine.
Oh yeah, there's a fourth thing:
STOP BRINING IN JAVIER LOPEZ IN CLOSE GAMES!!!