I figured out who my anonymous Javier Vazquez fan is 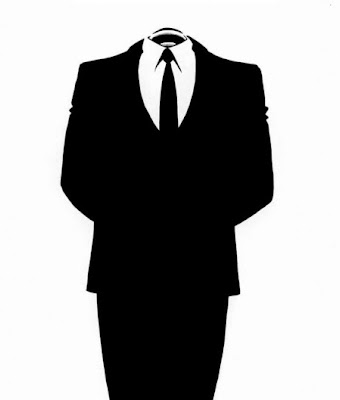 My readership has been growing steadily over the last few years. I have some regular readers and commenters and I have a few people who don't always like what I type.
Pirate fans seemed to get ticked at me because I wouldn't praise the great work of Neal Huntington who in three short years transformed the Pirates from a bad team to the Worst Team in Baseball.
Some Twins fans wrote some nasty things to me when I wrote my tongue in cheek defense of the Metrodome. So much for Minnesota nice.
And there have been other instances... and frankly I find them to be funny.
But I've had a few posts from an anonymous reader that has attracted my attention. He brings up the classic lame argument when I criticize a pitcher which is "He's a better pitcher than YOU." Well yes... that's setting a very low bar.
Major League Baseball players are asked to perform at a high level and are paid as such... and when they do so on the highest stage, they are not immune to criticism.

But this poster only seems to come out of the woodwork when I pick on Javier Vazquez.
Now to be sure, I have written some bad stuff about Vazquez.
But I've also written bad stuff about other pitchers too.
Javier Lopez...
Trevor Hoffman...
Armando Benitez...
I've criticized Daisuke Matsuzaka...
Brad Lidge...
John Smoltz...
Joba Chamberlain...
No problem with any of those. But when I pick on a guy who is on every Yankee fan sh*t list and is in the doghouse on his own team and by any reasonable judging standard is having a lousy year in the Bronx, he shows up with the predictability of the sun rising.
And his defense of Vazquez is odd...
".And as for Vazquez, don't insult the guy. He has more wins the that Dice-K guy that you worship even though Dice-K is a starter and Javy is in the bullpen."
He's in the bullpen because he has been awful as a starter... and since when do I worship Dice-K?
"You clearly have a lot of time on your hands if you're complaining about someone who can pitch way better than you."
Again bringing up how Javy can pitch better than me... interesting.

"Sully is a fool who doesn't know what he's talking about. I don't know why I'm still reading his blog. Javy is a waaaaaaaaaaaayyyy better pitcher than Sully!!!!"
I figured it out with this post.
I don't know why it took me so long to figure out the mystery. It is as simple as a Scooby Doo mystery when you take 2 steps back and think about it.
The 12 "a's" on waaaaaaaaaaaay better gave it away.
The anonymous poster.... is none other... THAN JAVIER VAZQUEZ HIMSELF! 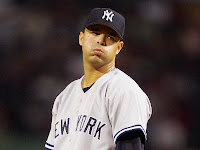 Who else could get THAT worked up over blog posts pointing out that he isn't an elite pitcher and that his complaining about being taken out of a game too early was bush league... and that he isn't a bust?
Javy was Googling his own name and stumbled across what I wrote and anonymously wants to set the record straight.
Well, let me just say Javy, I for one am glad you are reading my blog and you might be interested in knowing that you were included in my Home Grown vs. Acquired Roster for the Montreal Expos.
Keep reading the blog, Javy and I hope the Yankees trade you away this off season and you can have a stress free year putting up stats and getting another big contract.
Lord knows I can't pitch as well as you or make your dough.
Then again, you should aim higher than out pitching me!