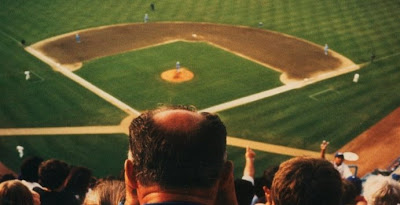 I am also a Red Sox fan and I keep this crazy blog which tries not to just focus on the Red Sox and Yankees.

On November 13, 2008... I decided to embark on an off season project.
I would figure out the best all time 25 man roster for every single Major League Baseball franchise using only players brought up through their organization.

And then I would write a second 25 man roster using only players acquired from other organizations.

On March 31, 2009 I finished the project for all 30 teams. Plus I did a bonus entry for Washington fans whose great players have been spread out over three franchises.

Along the way I basically did a crash history course on each team, got to meet fans from every team who corrected me along the way and found some fascinating debates that may never be resolved.

Before you read your favorite team, let me address some of the
FREQUENTLY ASKED QUESTIONS AND COMMENTS ABOUT THESE POSTS.

HOW ARE THE ROSTERS SET UP?

I pick a starter for each position.
For American League teams I pick a DH.
For National League teams I pick a "Top Pinch Hitter Off Of The Bench."
Each roster gets Five Starting Pitchers.
Each roster gets Five Relievers.
Then I pick two Additional Infielders...
Then two Additional Outfielders...
One Back Up Catcher...
And then I pick what I call "The 25th Man" who is a player, position or pitcher, who deserves to be on the team.

And I do this for both the Home Grown and the Acquired.

WHAT IS YOUR SOURCE?

Mainly Baseball Reference... the single greatest website on the internet. But I read through articles, web pages and blogs to get little bits and pieces beyond the stats. 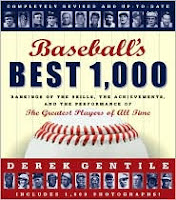 I don't always agree with his picks nor his analysis... but it is fun and well written. And I am guessing he wouldn't agree with all of my picks.

HOW DO YOU DETERMINE IF A PLAYER IS HOME GROWN OR ACQUIRED?

If you played one game under contract with another Major League organization before making your debut, then I consider you to be acquired.

WHAT IF THE PLAYER JUST PLAYED MINOR LEAGUE BALL?

Even if you were just a minor leaguer, I consider that first organization to be your home grown team.

John Smoltz is on the Acquired Braves team.

Jeff Bagwell is on the Acquired Astros team.

Even Roberto Clemente is on the Acquired Pirates team.

ISN'T THAT A LITTLE HARD ASSED?

Yes. But I wrote 31 of these. Without some hard fast rules, I'd still be on the first one.

BEFORE THE DRAFT, BIG LEAGUE TEAMS ACQUIRED PLAYERS FROM MINOR LEAGUES. SO SHOULDN'T, FOR EXAMPLE, JOE DiMAGGIO BE ACQUIRED FROM THE SAN FRANCISCO SEALS?

Technically that is true. But by that reckoning, virtually no players could be considered home grown until the draft started.

For what is left of my own sanity, I am considering the first Major League franchise to be the home grown team.

If you want to do a San Francisco Seals - Home Grown vs. Acquired Team, be my guest.

WHAT ABOUT NEGRO LEAGUE STARS? 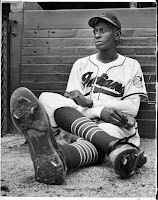 Man I wrestled over this and the best I could come with was to treat them as home grown.

My reasoning is after Jackie Robinson broke the color barrier, other teams purchased Negro League contracts the way they would buy the rights for white players in the minor leagues. They weren't true free agents.

Satchel Paige really pushed the boundaries of this decision... but that's what made him Satchel!

WHAT ABOUT JAPANESE STARS?

I know I am going to sound like I am contradicting myself, but I am putting the Japanese stars on the Acquired Team.

The Hideo Nomos and Ichiro Suzukis of the world did indeed offer their services to the highest bidder and weren't just looking to hook up with a team like the Negro League stars.

I expect some flack for that decision. I suppose to be fair I should do a Nippon Ham Fighters Home Grown vs. Acquired.

HOW COULD YOU START THAT GUY AND PUT THIS OTHER ONE ON THE BENCH? WHAT ARE YOU? A MORON???

Secondly, if I missed a player all together, I can understand your anger. If you just didn't like where I put him, then just be happy your guy is recognized. 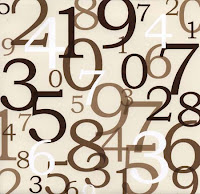 This isn't a numbers crunching site.

Yes I look at numbers... but I also factor in some emotional reasons. Did they come up big in the playoffs? Did they have one truly memorable highlight?

One player is on the Phillies post not only because he was a great player in his era, but because his death in Niagra Falls fascinates me.

One player is on a roster mainly because he was my Grandmother's favorite player. He was a Hall of Famer and World Series champ as well, so it is not completely indulgent.

I included one player on the Mets roster because I admired how he handled a mind boggling losing streak.

YOU INCLUDED SOMEONE WHO WAS ON THE TEAM FOR LESS THAN A YEAR JUST BECAUSE THEY HELPED WIN A CHAMPIONSHIP? IS THAT FAIR?

It may not be fair, but sometimes a player can have a bigger impact in a franchises history with one great October moment than spending 10 years of forgettable baseball.

I believe Dave Henderson's homer off of Donnie Moore meant more to the Red Sox and their fans than Tony Armas' 113 homers in a Red Sox uniform.

And I would argue that Red Oldham's three outs in the 1925 World Series should put him on the all time Pirates hero list even though his career was mediocre at best.

Let me ask you something. When they open the new Yankee Stadium, who do you think would get the loudest ovation?:

YOU ARE A RED SOX FAN! THIS IS GOING TO BE SO BIASED!

First of all, I praise 50 Yankees in my Yankees post... including Jeter and A-Rod.
And secondly, two of the SHORTEST entries in this series are the Red Sox and Yankees.

That's right. I wrote nine more pages about the Tampa Bay Rays history than I did about the Red Sox.

Show me another Red Sox fan who would do that. Hell, show me a TAMPA fan who will do that!

WAIT! YOU DID A TAMPA ENTRY?

And keep in mind for the four most recent expansion teams, it was tough coming up with two 25 man rosters. So some of my entries for those teams are a little tongue in cheek.

Please keep that in mind before you write in calling me a moron.

So browse through the rosters... find your favorite team... and enjoy a little bit of blogging insanity!

Braves - Including Boston, Milwaukee and Atlanta

Dodgers - Including Brooklyn and Los Angeles

Special Bonus:
All Washington Teams - Including Both Senators teams and the Nationals