A Correction and Honoring The Moon Man 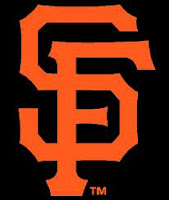 In the off season between the 2008 and 2009 seasons, I wrote my blogging Opus... The Home Grown Vs. Acquired Series.

I made 62 twenty five man rosters (with bios) for each team's best All Time Team made of only Home Grown players and another one for only players acquired from other organizations.

That's 1,550 bios written.
And forgive me, I was bound to make a mistake or two.

My rules for what makes someone acquired is simple:

If they played a single game in another organization before joining the team, he must be considered acquired.

Well an anonymous reader pointed out that the great Christy Mathewson, who I had in the Home Grown Giants team, was originally a part of the Reds organization and acquired in a trade involving future Hall of Famer Amos Rusie.

The reader was right.
So I made the correction and moved Mathewson to the Acquired Team.

Now that was good news for Gary Lavelle who I put into the Home Grown bullpen... but bad news for Greg "Moon Man" Minton. I moved Johnny Antonelli to the bullpen (he DID clinch the 1954 World Series as a reliever) and put Mathewson in the Acquired Rotation.

And that left Minton as the odd man out.

So while I feel the roster is more accurate, I felt the need to honor the Moon Man here.

This is the bio that originally was in the Home Grown Roster for Minton...

He threw 270 1/3 innings without allowing a home run before hanging a pitch to John Stearns in 1982.
I bet Stearns was due.

He had 5 solid seasons before wearing down and had the bad luck of being cut just before the Giants would finally win a division title in 1987.


And here is the UPDATED AND CORRECTED ROSTER.

Enjoy... and if you have any other corrections, let me know.