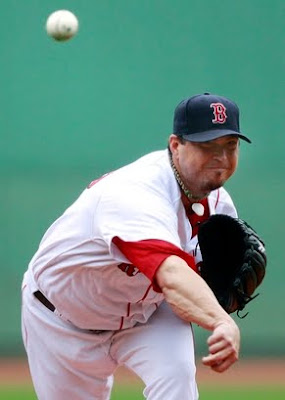 We've been waiting for this Beckett. Has he arrived?
Or was this a weak hitting Mariners team not ready to play in a rain induced fog?
LIKE IT MATTERS!

Beckett gave the Sox 6 shutout innings when they needed it and pitched into the 7th... and clinched the series against the Mariners.

Maybe I can be optimistic about the team's chances with Lester, Buchholz and Beckett pitching well together (has that happened yet this year?) Maybe with those three and Dice-K and Lackey they CAN rattle off a bunch of wins in a row.

Either way, it's time to update the tally.

I believe that is a season high.

What an odd year this has been.
Let's keep winning. Only good things can happen with wins.