How did I miss Throw Back day in San Diego? 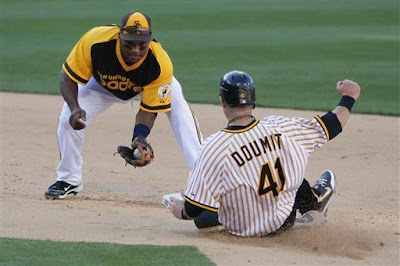 Seriously... how did an evening of wearing some of the most notorious uniforms of the 1970s slip under my radar?

The Padres decided to either honor the 1978 season (the ONLY winning season in San Diego before the 1984 pennant) or pay tribute to the late Gary Coleman with the uniforms worn in The Kid From Left Field. 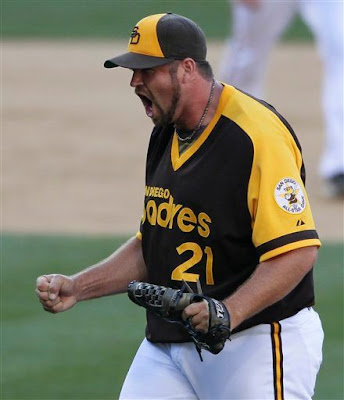 The 1978 Padres, who also hosted the All Star Game, were still going all out yellow and brown... Taco Bell uniforms... which I find ironic because they were owned by McDonald's czar.

And I believe it was the only year they had the small "SAN DIEGO" over the Padres name.

I remember that made an impression on me as a kid as they had the only big league uniform that I could remember that said the whole name on the front.

Not just "SAN DIEGO" or "PADRES." I bet an early version said "THE SAN DIEGO PADRES BASEBALL CLUB OF THE NATIONAL LEAGUE." 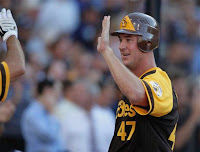 I like how the Padres also broke out the correct batting helmets. (Would it have killed the Pirates to have them wear their correct yellow batting helmets with their late 1970s garb?) 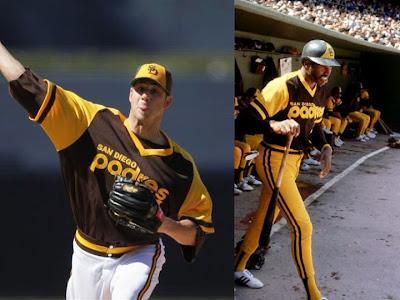 The Padres could have taken the 1978 tribute even further.

So out came the thick pinstripes. 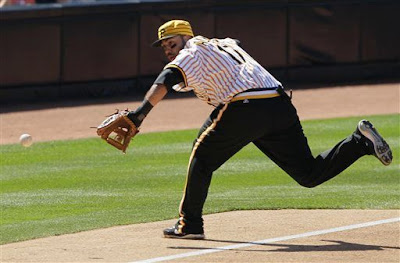 In fact the yellow hats, the pinstripe shirts and the black pants made for such a mixed and matched combination that it basically SCREAMED "Hey, it's laundry day. They were the only things clean."

But alas, they brought back instant nostalgia for the 1979 Pirates, which is always a good thing... even if the current team doesn't quite play as gracefully as the We Are Family squad.

So keep it up, folks! Keep turning back the clock... and make sure the Pirates are always involved. It helps their image!

Check out Zach Duke. He is positively Candelaria-esque! 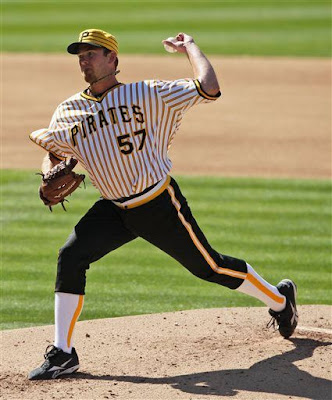