How Could I Not Pick The Cubs? 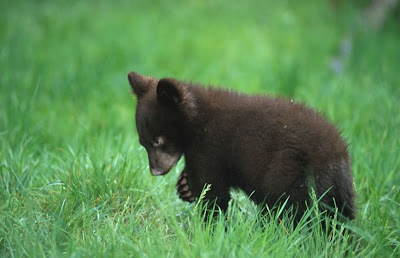 It seems that almost everyone and their bear is picking the Cubs to win the National League pennant besides your pal Sully.

In my Division Winner post, I picked the Reds to win the NL Central and the Cardinals to be the Wild Card.

That means I have the Cubbies at third place in their division.
And needless to say I've received some interesting e mails and posts.
Let me address 10 things about my pick of the Reds.
1. I DON'T SMOKE POT

Never have. Never has interested me. I don't like hanging around people who are stoned.
I also don't drink.
I made my picks 100% sober and with a lot of thought.
That should make my picks scarier for some of you.
2. I DON'T BUY THE CUBS PITCHING STAFF

Am I just supposed to accept Ted Lilly as a front line starter for a pennant winning team?
Really?
Carlos Zambrano has shoulder issues. Rich Harden is less reliable health wise than Amy Winehouse. Ryan Dempster has one more ace like season than me. Sean Marshall is untested.
In the bullpen Carlos Marmol is talented but not the closer. Their closer is Kevin Gregg who basically torpedoed the Marlin's post season hopes in 2008.
This is a pitching staff for a prohibitive favorite? REALLY?
3. CUBS LINE UP ISN'T MAKING ME JUMPING UP AND DOWN 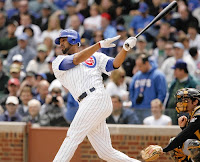 Yes, it's darn good. But not so great that it makes me forget that pitching staff. I am not buying Milton Bradley (a DH) in right field and center field is a question mark.
They could have 2/3 of their outfield be a mess. Plus they'll miss Mark DeRosa.

4. THE PRESSURE IN WRIGLEYVILLE WILL BE UNBEARABLE 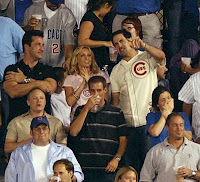 The days of Cubs fans happy to see their team, win or lose, provided they have a beer or two, are over.
Cubs fans are getting a little bitter.
Cubs fans have run out of patience.
And after last year's collapse, the pressure on the team will be crazy.
And in order to survive those expectations, you need a terrific pitching staff (a la the 2004 Red Sox.) And I mentioned before... I don't think the Cubs have that.
5. THE "I CAN'T BELIEVE THESE GUYS ARE PITCHING IN THE WORLD SERIES" FACTOR

What do Scott Kazmir, James Shields, Andy Sonnanstine, Jeff Francis, Ubaldo Jimenez, Josh Fogg, Aaron Cook, Anthony Reyes, Justin Verlander, Nate Robertson and Jeremy Bonderman all have in common?
Each one started a World Series game in the last three years and NONE of them were on anyone's post season radar when the season began.
Heck, the Rockies pitchers weren't on anyone's radar in September of 2007.
But there is always a team filled with young hungry pitchers that you've never heard of that out plays and out pitches the big boys.
So I looked around and tried to find a team like that...
6. THE REDS HAVE TALENT IN A PRESSURE FREE ENVIRONMENT 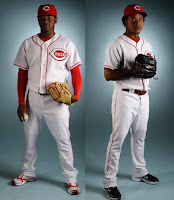 Between Cueto, Volquez, Harang, Arroyo, Homer Bailey and Micah Owings, the Reds have a bunch of talented pitchers with no pennant expectations.
Kind of like those Tampa Bay, Colorado and Detroit pitchers I listed above...
Plus a closer like Cordero and a lot of veteran help in the pen (Rhodes, Wathers) and some other talent like Jared Burton and Bill Bray... and they might not blow a lot of leads.
All they need are 3 or 4 of those guys to pitch to their talent under the radar and the Reds could win a bunch of series 2 out of 3.
7. WHILE THE PRESSURE BUILDS IN CHICAGO, THEY'LL BE HAVING FUN IN CINCINNATI

They aren't playing for a fan base demanding they win before their beloved Noni dies.
They are playing for great baseball fans who just want to see a winner at this point.
And like Detroit in 2006, they are a fan base that is drooling to have fun at the ball park again. They should get their wish.
8. BE CAREFUL OF THOSE PROHIBITIVE PICKS

Remember last year's predictions for the AL Central?
The only questions going into 2008 were "Will the Indians put it all together and win the pennant?" or "Will the revamped Tigers be too strong?"
The Indians needed a terrific September to reach .500. The Tigers finished 14 games under .500.
The White Sox looked like a team that foolishly hung on to their veterans and the Twins were decimated by the Johan Santana deal and the Torii Hunter defection.
Naturally those were the two teams that met in a one game playoff.
Not a lot of people picked the Rays to finish .500, let alone 3 wins from a World Series title. The Mariners were a trendy pick to win... not lose 101 games.
Each year there are "No Brainer" picks that tank.
Each year there are "No Chance" teams that win.
9. THE TEAMS PLAYING NOW AREN'T THE TEAMS THAT WILL BE PLAYING IN OCTOBER

Preseason picks don't take into account potential trades and mid season call ups.
And this season should have a few teams (like the Tigers and the Nationals) doing a fire sale in May if they don't get off to a good start.
And as Manny showed last year, a mid season deal could be just the tonic for TWO teams!
10. MOST IMPORTANT THING TO REMEMBER... MY PICKS USUALLY SUCK 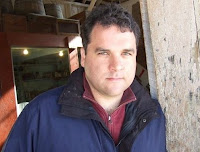