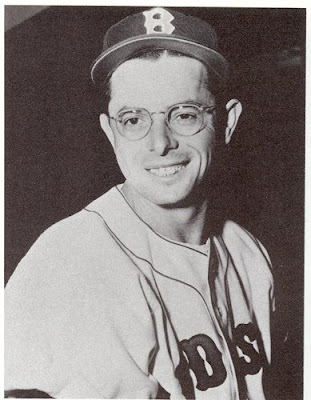 He was more than just Joe's little brother.

The Lil Professor was a .298 career hitter and a 7 time All Star. He returned from World War II to finished 9th in the 1946 AL MVP vote.

And there are many who think that if he hadn't been replaced in centerfield in Game 7 of the 1946 World Series, Enos Slaughter would not have scored the winning run.

By the way, he drove in all three of the Red Sox runs in Game 7 himself before an injury forced him out of the game.

He was durable, often leading the league in at bats. He led the league in runs scored twice and was the stolen base king for 1950.

And of course, he was one of The Teammates.

But the man who was once Marylin Monroe's brother in law left a wonderful stamp on the game.