Cleveland fans... that strange sensation you just felt was OPTIMISM 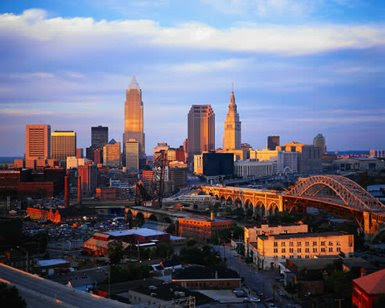 I know a night like tonight must feel strange to Cleveland fans... but let yourself enjoy it. Don't get wrapped up in the negativity that chills the city like the wind off of Lake Erie.

Three very positive things happened for Cleveland fans tonight and it could lead to not only the biggest sports celebration the city has seen since LBJ was President, but also introduce Indians fans to their next biggest star.

No Cavalier has ever won the MVP.
Brian Sipe was the last Cleveland MVP of any kind when he won the NFL MVP in 1980. (Truth be told, Albert Belle should have won the MVP in 1995.)

Jim Brown... who was also the last player to deliver a title to Cleveland. 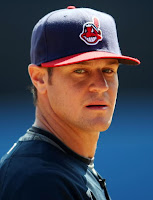 The prize of the CC Sabathia trade last year was tearing up AAA Columbus and was recalled this week.

Tonight he homered and contributed to the Indians extra inning win in Toronto.

I know it's early, but the Tribe is hoping they have their next star. And yes Sabathia led the Brewers to the playoffs, but do you know what?

Doyle Alexander helped the Tigers to the playoffs in 1987.

But the Braves are glad they dealt him for John Smoltz.

Celtics and Lakers both lost

Both the Celtics and the Magic are banged up and the Lakers suddenly look vulnerable.

And suddenly the path to the title for the Cavs looks less daunting.

In other words... Cleveland fans... you can have some cautious confidence that you have (deep breath) THE TEAM TO BEAT!

Will you allow yourself to feel optimism?

I know it is strange... and I know teams to beat often time do get beat.

But if I were you, I'd be canceling all plans this spring that will interfere with Cavalier games.

And if you are getting married while the Cavs are playing, have a TV show the game.

I had a Red Sox playoff game on at MY wedding.