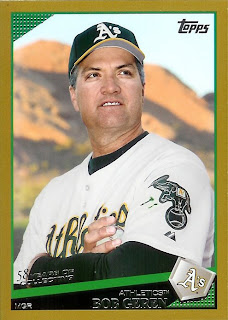 Let me get this out of the way first… I have nothing personal against Bob Geren. I have never met the man.

He might be a nice guy. He certainly is a baseball lifer. He played professional baseball from 1979 to 1993 including five years in the big leagues.

He’s been a minor league manager, a bench coach and now a big league skipper. He might be right person for a job somewhere.

But it is becoming more and more obvious that he is not working as the manager of the Oakland A’s.

And the staff at Sully Baseball, who has put him on the firing line and called for his head, all agree that the time to let him go is now.

Not in a month.

Not in a week. 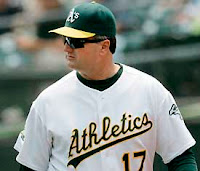 You see a pattern developing?

THE A’S WENT FOR IT THIS YEAR

They brought in Holliday, Cabrera, Nomar and Giambi. This looked like a year that the A’s would make a run at it.

And some people kind of bought into it.

The season in ¼ over and the team is the worst in the American League. If they still are going for it, then they can’t wait as they continue their 66-96 pace.

THE MANAGERIAL SHAKEUP IS THE ONLY OPTION

They aren’t going to make a blockbuster trade.

They aren’t going to bring up a phenom.

The only way to give the team a boost or a kick in the pants is to change the man in the dugout. 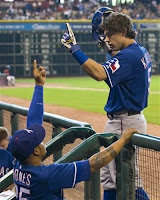 THE A'S ARE CHASING THE RANGERS!!!!

Look, the Rangers might turn into the Rays and stun us all the way to the World Series.

Or…. They could be yet another team that had a terrific first quarter and wilt in the summer heat!

They aren’t trying to track down the 1961 Yankees… or the Angels for that matter.

Did you remember the Rangers were in first place at this point in 2006?
OF COURSE YOU DIDN’T!
They played losing ball the rest of the way and another team zoomed in to take the division.

Do you remember which team it was?
THE A’S!!!! And the A’s had a losing record at this point as well!

So it isn’t too late… but you’ve better do something before it is.

THE A’S ARE PLAYING THE RANGERS!

The A’s are 8 games back of the Rangers… and on Friday they head to Arlington for a 3 game set to finish the month.

What better way to start making up those 8 games than some head to head wins?

AND FINALLY… THEY HAVE TODAY OFF

If you are going to have a change, why not have it on a day off? Have a transition of power and give the new guy a chance to get into the new office.

And also have give the players a day to have it sink in that the front office isn’t about to throw this season into the dumpster.


Now who should they put in?

Do you promote bench coach Tye Waller or third base coach Mike Gallego?

Do you give a shot to a solid minor league manager like Ken Oberkfell?
Do you give another shot to Don Baylor? John Gibbons? Ned Yost? Bob Melvin?

Do you go a drastic new direction and bring in Buck Showalter?

I’m always in favor of giving Chris Chambliss a shot…

Heck, give the job to Stomper the Elephant.