April is done... and Sully can be right and he can be wrong 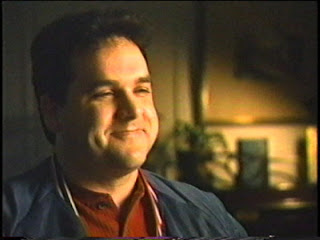 As we turn the calendar let's take a look at some of the predictions I made and see so far what has been right and what has been wrong.
Yeah, I know it is only one month into the season. But there has been a lot of interesting subplots already unfolding this year and your pal Sully has looked pretty good so far in some and REAL bad in some others.
Unless indicated otherwise, my predictions come from my 40 Fearless Predictions.
And I am not going to address EVERY prediction because it is too early to say anything about some. My predicting Cliff Lee's Cy Young season was a fluke looked good after his first two starts, but Lee has looked like an ace in his last few starts. Let's wait and see.
And to show you this isn't a Red Sox only blog, I won't include any Red Sox predictions!
10 OF SULLY'S PREDICTIONS THAT SO FAR LOOK PRETTY GOOD

Vlad Guerrero will get hurt and the Angels will plummet in the standings.
Of course I get no pleasure in getting this right so far. Vlad's injury and the decimated rotation is one thing... the death of Nick Adenhart is something totally different.
It has been joyless so far in Anaheim this year.

The Astros will be a 90 loss team and Roy Oswalt will be dealt
At least the first part is looking good.
The 'Stros are on pace to lose 95 going into May. Oswalt is still winless but is pitching well. His last start against Cincinnati he went 7 innings and let up 1 run and got nothing to show for it.
He will be the most valuable commodity come the trading deadline and the Astros could get two big building blocks if they pull the right trade off. 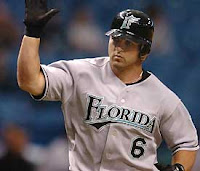 The Florida Marlins will win 90 games
For a while there it looked like they were going to win 100 games!
They are young and will have some ups and downs.
But they will also throw a good pitcher every night and have a dynamic lineup.
They are on pace to win 103 games after a month. That means they can slow down and STILL hit 90. I think it is a safe bet... especially if the Mets continue to slide.

The Pirates will make a run at .500
Part of this was wishful thinking because I have such a soft spot in my heart for the Pittsburgh Pirates.
But they do have a lot of talent, the law of averages say that EVENTUALLY they had to put together a mediocre season...
As long as they pick up their game in Milwaukee, they might able to pitch themselves to an 83 win season, which would sadly be quite an achievement. 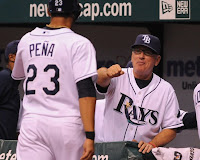 The Rays will stumble at the beginning of the year, relax and make a run at the playoffs
If you only watched Red Sox games, you'd think the Rays were the greatest team since the Big Red Machine.
But even with the massacre last night, they are 9-14.
Their record against teams NOT called the Boston Red Sox is 6-13.
There's too much talent on this team to have them finish below .500. 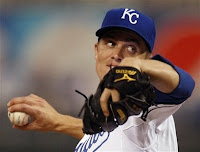 The Royals will have a winning season
They are currently perched alone atop the crowded AL Central standings. So far that looks pretty smart.
To be fair, I said I didn't trust their starting pitching.
Oh yeah, like YOU predicted this start for Zack Grienke!!!!

There's nothing left in Gary Sheffield's tank and he'll be cut AGAIN
I suggested that he quit after his 500 homer, like Bernie Mac in Mr. 3,000.
Truth be told his .691 OPS is impressive when you compare it to his .167 batting average.
But the Mets can't clog up a roster spot for too much longer with him. 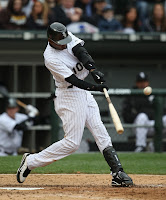 The Best Team in Chicago won't be in Wrigley
Technically this is true, one month in.
The White Sox are 11-10, 1/2 a game out of first.
The Cubs are 10-11, 5 games out of first.
Yes the White Sox are benefitting from playing in a weaker division, but I was the only person on the planet Earth not handing the Cubs a crown this year. I stand by it.
Plus the White Sox are a good talented team... but as always, they never get love. 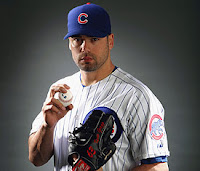 Kevin Gregg and Milton Bradley won't work in Chicago
I will never understand why the Cubs cut ties with such a hard working fan favorite like Kerry Wood to make room for the guy who destroyed the Marlins season.
And the experiment to have him close lasted less than a month!
As for Bradley, I think his .118 average and .627 OPS speak for themselves.

The Cardinals will be better than the Cubs
I picked the Cardinals to be the NL Wild Card team and I predicted the Cubs would miss the playoffs all together.
Pujols may have already have won the MVP and the Cardinals have a stunning 3 1/2 game lead after one month.
As always, LaRussa cuts and pastes a team together that somehow wins. Talk about a Cubs fan nightmare.
10 OF SULLY'S PREDICTIONS THAT SO FAR LOOK PRETTY BAD

Francisco Rodriguez will flop with the Mets.
So far he hasn't been bad and has yet to blow a save. The rest of the bullpen, however has been horrific.
The Mets had better hope K-Rod doesn't start blowing leads or this will be a long long LONG season in CitiField! 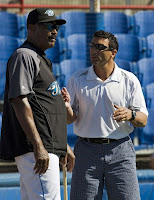 Ricciardi and Gaston will be canned by the Blue Jays
The fact that Toronto has the highest win total in the A.L. for April I think is the single most stunning fact of the month.
I thought they were rudderless... and I felt that Ricciardi was all but beheaded.
Remember how I called for Cito to come back last year?
Since the Jays brought back the first manager to win back to back World Series titles in the Free Agency Era, Toronto has been 66-46.
Any manager who can have THIS team 20 games above .500 should have a secure job for the rest of the year!!

The National League West won't be as bad as people think
Right now it is the Dodgers and a bunch of .500 teams.
That's pretty bad.
The Diamonbacks sluggish start is alarming and the Rockies are continuing to show that their pennant run in 2007 was simply a hot 2 months.
Unless someone steps up, this race could be over at the All Star break.

Josh Hamilton is for real
I am sure the Rangers were hoping for more than 2 homers in April.
And more alarming is a .379 slugging and a below average .660 OPS from their MVP candidate.
Granted, balls start to fly out when it warms up, but he's got to supply SOME of the heat!

Justin Morneau will lead the Twins to an easy Division Title
I still think the Twins will win this Division. But with 1 game separating four teams after one month, it will probably not be an easy victory.
Once Mauer comes back the Twins might go on a decent run.
Morneau, however is holding up his end of the bargain with 5 homers, a .318 average and an OPS of .921 over the first month. This is a prediction that looks bad now but could look good later. 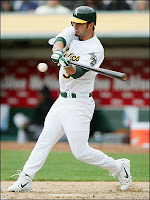 Eric Chavez will win the Comeback Player of the Year
He's batting .100.
.100!!!!
He's on the DL now so clearly he was hurt... but he needs to raise his average 100 points to get to the Mendoza line!
Oh, you don't like batting average? You prefer OPS?
OK, his OPS is .262. There, does THAT show you why he ain't winning the comeback player of the year?

YOUR WORLD CHAMPION OAKLAND A'S!!!!
I stuck my neck out picking them to win it all... and at this point my neck seems like it is going to meet the same fate as Robespierre.
The veteran pick ups have not clicked so far. And if this year exposes Matt Holliday as yet another "Can only hit in Coors" slugger, it could cost him tens of millions of dollars! 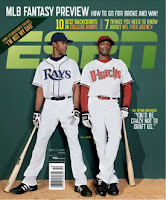 The Upton Brothers will break out
B. J. is back from injuries but last night not withstanding he hasn't been lighting it up.
Justin has a .250 average and a .745 OPS... both are the definition of mediocrity.
If they are going to break out, they had better do it soon. 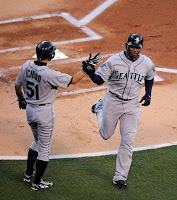 Griffey Jr's Farewell Tour in Seattle will be kind of sad
Griffey has been less than ordinary, as his .200 average and .676 OPS illustrate. But the Mariners have been the team to take advantage of the Angels plunge.
And maybe Griffey has one more hot streak in him for a pennant run in the Pacific Northwest!
There would be nothing sad about that!
Besides, the sight of Ichiro and Griffey, the two most popular players in Mariners history, playing side by side must be cool for M's fans. 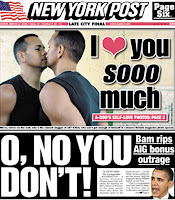 There is going to be a Homosexual rumor about A-Rod
When I heard there was a new A-Rod bombshell this week, I figured that HAS to be it.
But instead we have him doing 'roids, tipping pitches and something with a toothbrush.
Borrrrrrrrrring!
We'll check back on my predictions when May ends!