It is after Memorial Day and the Texas Rangers are the best team in the American League.
That looks strange to type.
But there they are. The have a 4 game lead over the Angels. They are playing .600 baseball and they are getting some decent pitching too.
They have a new organizational philosophy that says (GASP!) maybe we shouldn't stick to pitch counts as if they were Gospel.
Maybe we should try and push a pitcher and extra out or two and get them able to work out of jams and not wear a bullpen out.
BLASPHEMY!
Who would dare preach against the never really successful nor proved notion that pitchers need to be babied and never pitch more than X amount of pitches (therefore meaning the most critical parts of the game would be thrown by worn out relievers?)
WHO SAYS SUCH HERESY??? 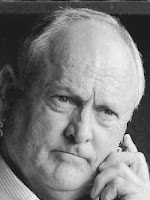 NOLAN RYAN?
What does HE know about pitching in the big leagues or longevity?
I'd rather listen to sabermatricians rather than the Hall of Famer who pitched over 27 seasons and was throwing no hitters in his 40s.