It might be time to implement OPERATION FAKE INJURY! 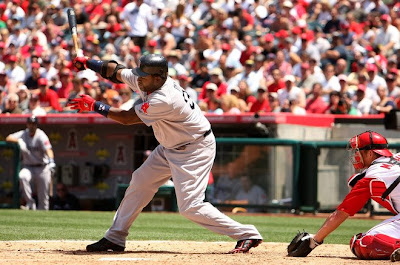 It's getting really ugly.
It's worse than "Babe Ruth as a Boston Brave" territory.
Even Papi is saying he stinks!
And I will say it...
The Red Sox need to put him on the Disabled List!
But Sully, you say, Papi isn't hurt.
Well to quote Dick Cheney.... so?
Seriously, was Phil Hughes hurt last year when the Yankees put him on the D.L.? I doubt it.
That was a "We were banking on this pitcher and he is stinking up the joint" situation where the Yankees knew that keep throwing him out there was going to kill his confidence (Todd Van Poppel anyone?) but sending him down would mean admitting failure.
So he's hurt! Yeah... that's the ticket.
The Yankees pulled that same stunt with Ching Mien Wang this year. We kept hearing "there's nothing wrong with him physically" and then BANG he's on the DL for a while.
I am convinced the Yankees suddenly found out A-Rod needed surgery once the distractions were piling up and they got wind that the drug testing in the WBC was a wee bit more strict than Bud's.
And it's not just the Yankees... last year the Indians put Joe Borowski on the DL because... well... he stunk.
So come on! Claim that Big Papi has damage in his primary ulnacartal muscle.
Do you know what the primary ulnacartal muscle is?
I didn't think so! I just made it up! But send a camera crew to Mass. General, have an actor wear a doctor's outfit and say that with a straight face! 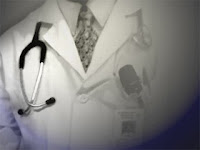 Seriously, you'd buy it. Mass General is a pretty great hospital and chances are they would know what the primary ulnacartal muscle is and how it is vital for bat speed.
Get one of those bad ass splints for Papi to wear when he is on camera. That will explain everything!
And then here comes the painful part:
Tell Papi it is over.
The Red Sox need to turn the page. I hinted at this during the off season, but it is time to cut bait.
If Theo is great at anything it is knowing when the party is over. And this party is oooooover.
I mean let's list what Papi has to gain by leaving now:

- He will be the most loved Red Sox star ever.
Notice I didn't say the best. But who is more LOVED? And before you say another name, remember fans booed Ted, Yaz and Rice.
And none of them delivered a World Series title, let alone two! 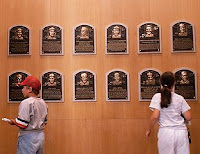 - He is not putting his Hall of Fame Candidacy in danger.
Why?
Because he isn't going to the Hall of Fame.
He only had five great seasons. That's not enough.
Just ask the likes of Dale Murphy and Dave Parker whose Hall of Fame candidacies can't get off of the ground.

- The Manny Factor
I'll say it. Ortiz sees what is happening to Manny and he sees what is going to happen to Manny's legacy.
It will never be the same.
Now David Ortiz has never tested positive for anything. Guess what happens if that primary ulnacartal muscle is frayed and he misses the rest of the season?
He never will test positive for anything.
And his drop in production can be attributed to his primary ulnacartal muscle.
The Red Sox need a DH. Or maybe they can go and find a left handed platoon outfielder with Baldelli and stick J. D. Drew in the DH spot.
Maybe they can have Jonathan Van Every platoon.
Now before anyone rolls their eyes and says "You are replacing David Ortiz with Jonathan Van Every?" just remember... we're not replacing 2003-2007 David Ortiz. We're replacing 2009 David Ortiz... who has fewer homers than Jonathan Van Every!
But the Sox need to put him on the DL now.
And don't let pesky things like "the truth" or "facts" get in the way!
Posted by Sully at 11:24 AM